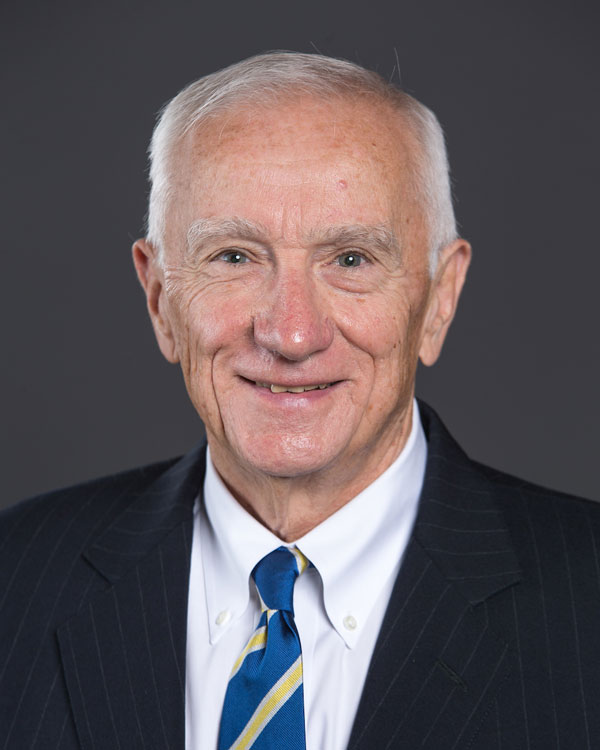 Dr. Charles Blocksidge '65 has been a member of the KU Council of Trustees since 2009.

Dr. Blocksidge served in multiple capacities at the Community College of Allegheny County (CCAC) and retired as executive director of government relations and special projects. He was also CACC's executive director of the college's workforce alliance as well as vice president of organizational development, executive assistant to the president and was the 2014 recipient of the CCAC Educational Foundation Legend of Leadership award.

Prior to CCAC, Dr. Blocksidge held administrative positions in a number of school districts, including superintendent and principal of an elementary, middle and high school. He also worked in county government as the director of budget and finance for Allegheny County. Additionally, he has taught as a member of the adjunct faculty at CCAC and the Graduate School at Robert Morris University.

Currently, Dr. Blocksidge serves on the Allegheny County Board of Property Assessment Appeals, the Regional Industrial Development Authority, and the Municipal Authority of Robinson Township.  Previous board memberships have included the Three Rivers Workforce Investment Board, Pennsylvania Higher Education Advisory Board, the Carnegie, and the CCAC Board of Trustees.

Dr. Blocksidge is a member of KU's Athletic Hall of Fame and recently retired as a Division I Intercollegiate football official.

Dr. Blocksidge received a Bachelor of Science in Education from Kutztown State College, a Master's degree from Duquesne University and a Ph.D. from the University of Pittsburgh. He also completed additional graduate work at Temple University.