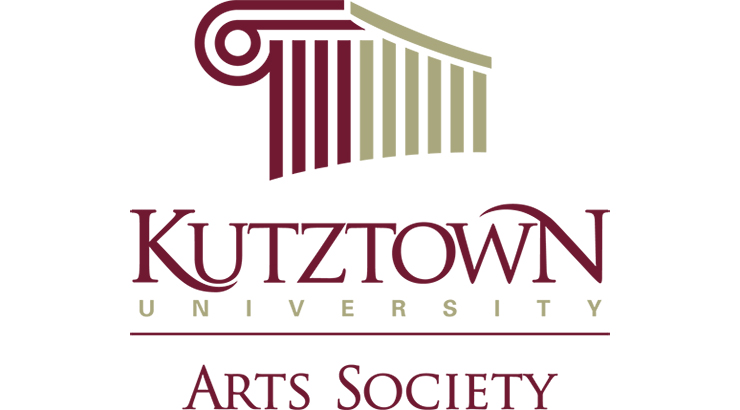 KUTZTOWN, Pa. – The Kutztown University Arts Society announced the six recipients of the new Schaeffer-Sharadin Fellows award, which includes the induction into the inaugural class of the KU Arts Hall of Fame. These inductees highlight the prominence of KU's relationship with the highest caliber artists and arts supporters.

This year's inductees include:

PATRON OF THE ARTS FELLOW

Each year, up to six new Schaeffer-Sharadin Fellows will be awarded. Individuals, couples or groups of individuals that are chosen from the nomination process are honored by the KU Arts Society and named as a Fellow from one of three categories: patron of the arts, performing arts and visual arts. These positions are open to any KU alumnus, faculty, faculty emeriti or community member who demonstrate outstanding contributions to the arts category. The nomination process is ongoing and year-round, but submissions must be completed by the first Friday of the calendar year to be considered for that year's induction.

The KU Arts Hall of Fame will be located in the PSECU Wing of Schaeffer Auditorium on the campus of Kutztown University. Those who have been named a Schaeffer-Sharadin Fellow will be featured on display for all time, highlighting the prominence of KU's relationship to the highest caliber of artists and art supporters.

For more information or to submit a nomination, please visit: https://www.kuf.org/arts-society/arts-hall-of-fame. 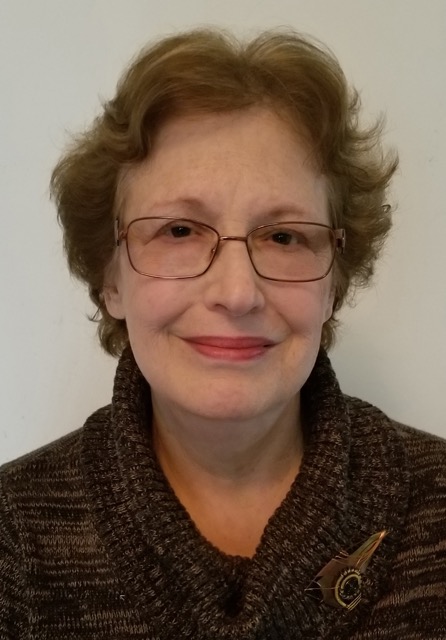 Ellen Finks – Patron of the Arts

Ellen Finks began her professional performing career in Mexico, where she lived for 10 years, playing in orchestras in Guadalajara and Mexico City. Upon returning to the U.S., she embarked on a career in performing arts administration at Music at Gretna and Haverford College.

In 1987, Finks was hired by Kutztown University as director of Cultural Affairs – to create a world-class performing arts series – and as assistant professor of Music. During her 21-year tenure as director of what is now KU Presents, Finks established a weekend children's series and a community outreach program, in addition to the evening performance series. Until her retirement, she continued her music-faculty teaching schedule at KU and her performances as a professional flutist.

Since her official retirement in 2008, Finks has become an avid student of the visual arts, regularly attending art classes and workshops. Her work has been exhibited locally and has won awards. Always intrigued by foreign cultures, she has had the opportunity to travel to many countries around the world. 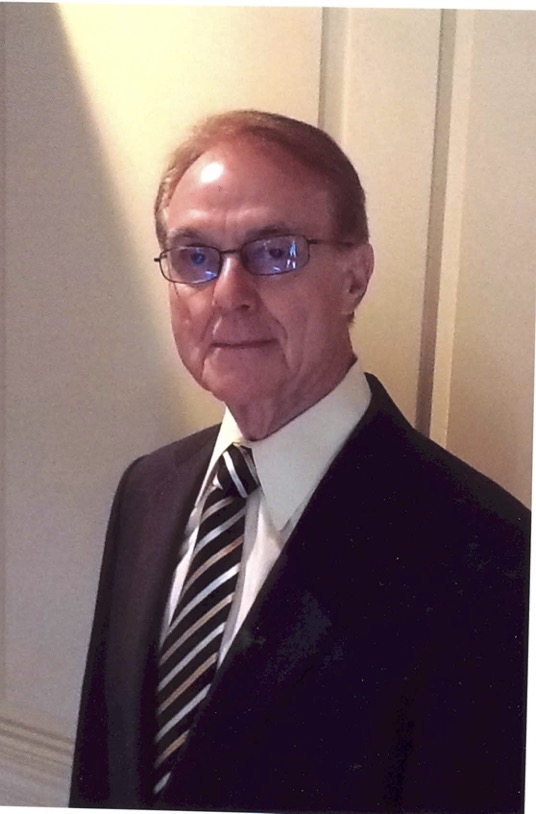 Richard Wells – Patron of the Arts

Richard Wells taught for three years in the Kutztown Area School District and for seven years at the Owen J. Roberts School District, where he was instrumental in organizing the entire music program. He also served as director of the bands at the high school.

Wells came to Kutztown University in 1968 as an associate professor in the Department of Music and taught for 29 years. He directed the marching, concert and jazz bands, as well as the instrumental ensembles. He organized the jazz program in 1968.

Before retiring in 1997, Wells influenced scores of graduates to aspire to excellence in music performance and remain loyal to the ideals and benefits of music and education. Many students continued their association with the university and Department of Music long after graduation because of experiences in classes and performance organizations led by Wells.

Wells is an active alumnus and director of the Kutztown University Alumni Jazz Band. Wells is co-founder and co-owner with his brother, James, of the Festivals of Music, Music in the Park and the World Travel Corporations. 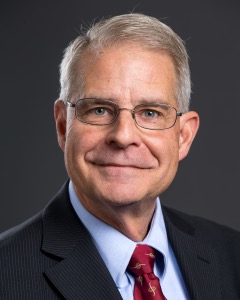 Willis M. Rapp has served on the faculty of Millersville University, Southeastern Louisiana University, Iowa State University and Kutztown University, where he retired in 2013 with the distinction of Professor Emeritus.

As an arranger, composer and author, Rapp has more than 500 publications to his credit. Since 2000, Rapp has served as conductor of the Reading Pops Orchestra; he has guest conducted and appeared as a clinician in 28 states and three provinces in Canada.

In 2007, Rapp was the recipient of the Kutztown University Faculty Research Award and in fall 2009, he was honored with the Arthur and Isabel Wiesenberger Faculty Award for Excellence in Teaching, making him the first faculty member in the history of the university to be honored with both awards. In November 2018, Rapp was awarded a Lifetime Achievement Award in Education by the Percussive Arts Society. 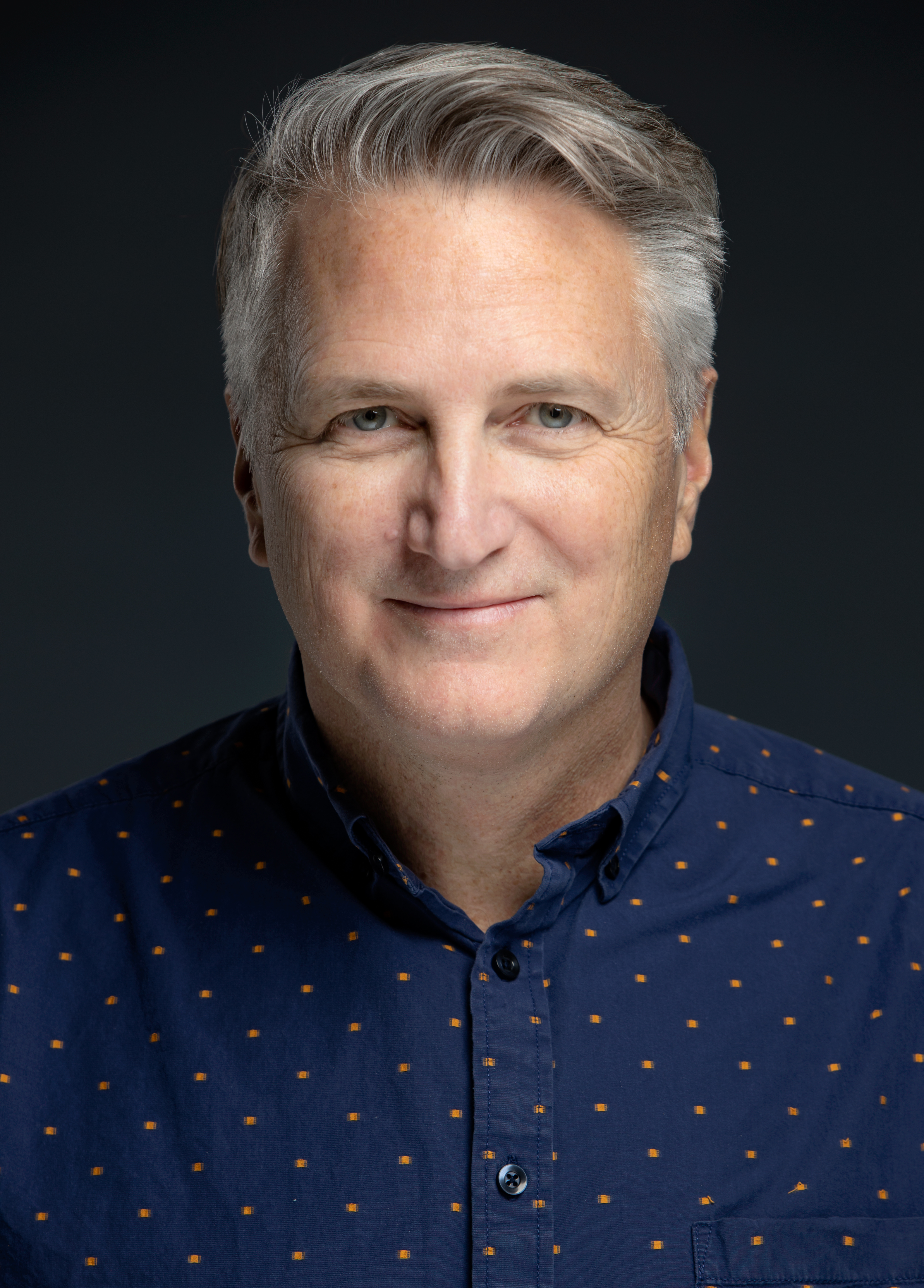 Eric Schaeffer was the co-founder and artistic director of Signature Theatre for the past 30 years. Founded in 1989, Signature grew into a major force in the American Theatre. Under Schaeffer's leadership, Signature Theatre was honored with the 2009 Tony Award® for Outstanding Regional Theater in America.

On Broadway, Schaeffer directed Gigi, the critically-acclaimed Follies as well as the Tony Award®-winning Million Dollar Quartet, Glory Days and Putting It Together starring Carol Burnett. His West End credits include Million Dollar Quartet, The Witches of Eastwick and Roy Orbison: In Dreams. He has directed Sweeney Todd (2017 and 2019) and Titanic in Seoul, South Korea.

Schaeffer, who is known for his direction of Sondheim musicals having directed more than 30 productions of his musicals worldwide, served as the artistic director of the acclaimed Sondheim Celebration at the Kennedy Center in 2002, as well as directing its productions of Sunday in the Park with George and Passion. He is currently working on the film LIGHT YEARS and developing three new productions for Seoul, South Korea. 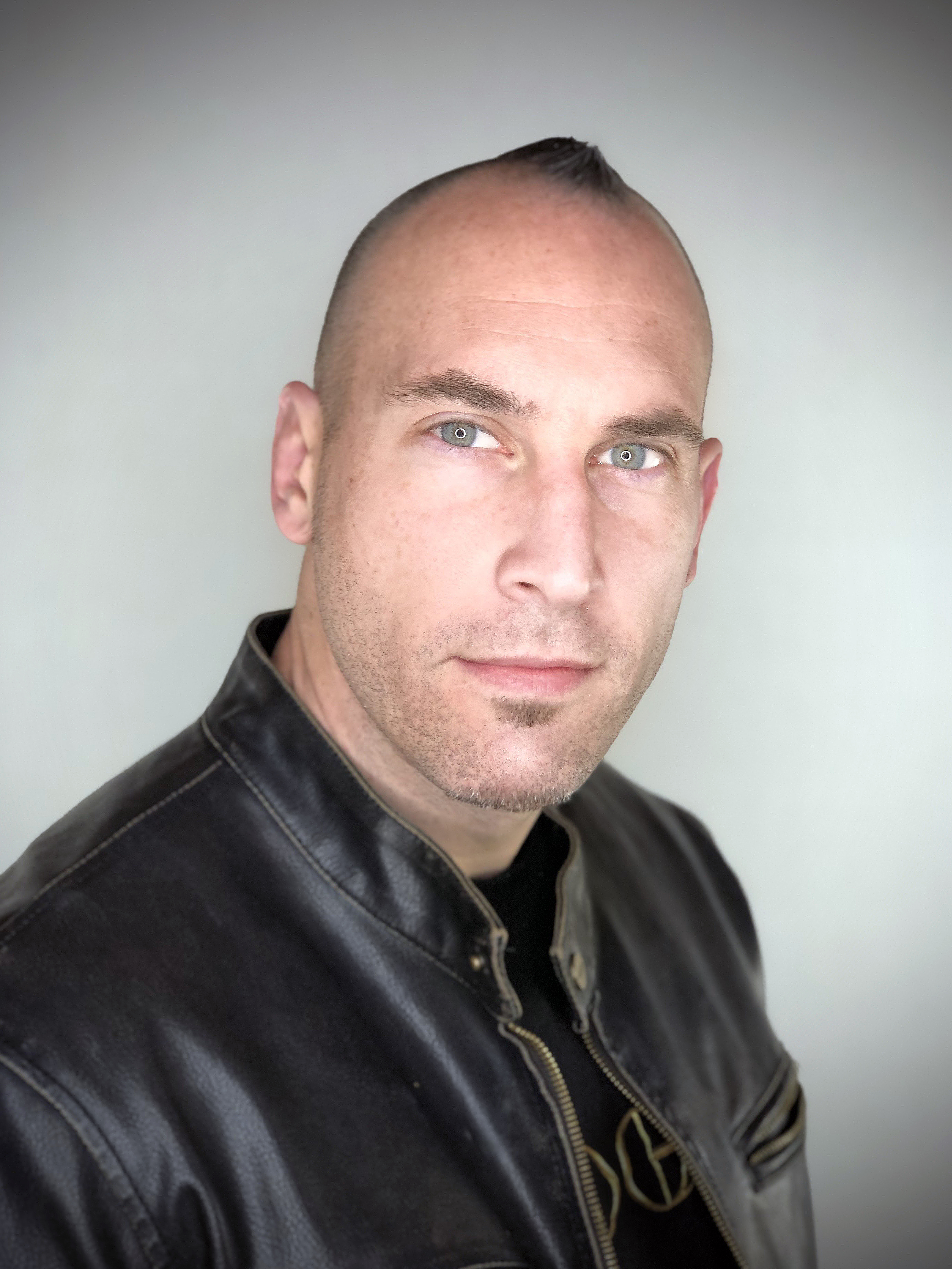 Andrew M. Kish III has emerged as one of the premier watercolor painters of his generation after receiving his Bachelor of Fine Arts from Kutztown University. His paintings explore social subjects ranging from politics to spirituality and dive deeply into the contemporary human experience. His unique ability to blend thought-provoking concepts with powerful compositions is evolving the landscape of contemporary watercolor. Kish's work deals with the morality of social paradigms and challenges the viewer with rich provocative and metaphoric imagery.

Kish's paintings have been the subject of numerous exhibitions including the Shanghai Zhujiajiao Intl. Watercolor Biennial and the World Watercolor Exhibit, in Narbonne, France. His work is represented in collections worldwide including the Springfield Art Museum in Springfield, Mo., the Quanhua Art Museum Zhujiajiao, and the prestigious Tullman Collection in Chicago.

Kish's paintings have been featured in multiple publications including The Art of Watercolor, Watercolor Artist, Watercolor Magazine and Professional Artist Magazine. His work has received numerous awards from national and international exhibitions including the prestigious Award of Excellence in the Shanghai Zhujiajiao Intl. Watercolor Biennial and the A.J. Casson Medal in the Open Water Exhibit in Alberta, Canada. Kish works and resides in Schnecksville, Pa., with his wife and children. 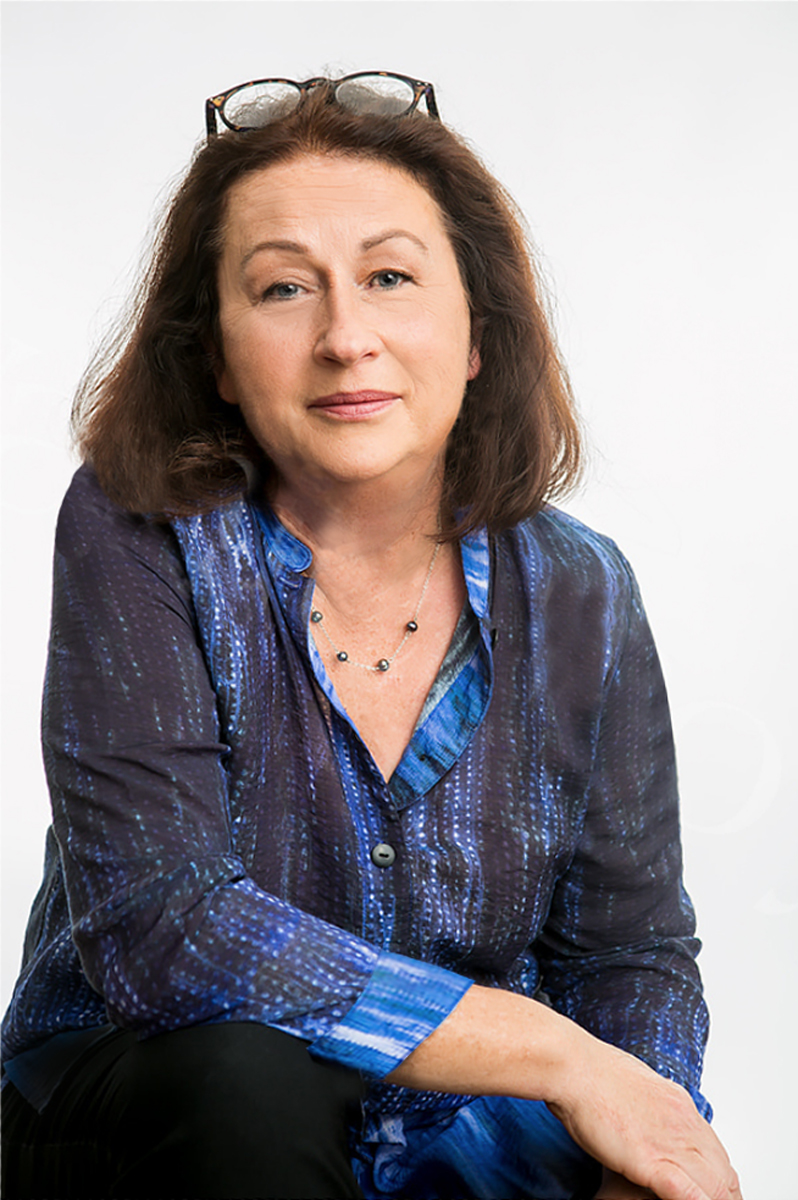 Karen TenEyck worked as a graphic designer at several Philadelphia firms before going to study theatrical production design at the Yale School of Drama.

After moving to New York in 1992, TenEyck designed more than 65 sets for many of the nation's top theatres including Manhattan Theatre Club, Cincinnati Playhouse in the Park, Austin Lyric Opera and South Coast Rep. She received an American Theatre Wing award for her 3D projections for Mabou Mines' "An Epidog," and two Drama Logue awards for other work in California. Her design for Los Angeles Opera's "On Gold Mountain" was in an exhibit at the Autry Museum and the Smithsonian Institution.

In 2000, TenEyckk moved to Los Angeles, where she designed graphics for more than 50 movies including "Water for Elephants," "Alice Through the Looking Glass," "Ad Astra," "Ma Rainey's Black Bottom" and Disney's new "Pinocchio."