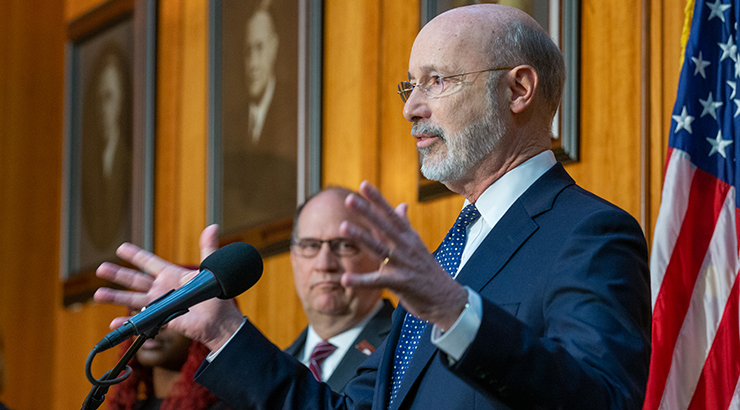 KUTZTOWN, Pa. – Governor Tom Wolf visited Kutztown University Wednesday to discuss how his innovative Nellie Bly Scholarship Program would help at least 25,000 students in the state's university system achieve their dream of earning a college degree while graduating with less debt and building lives in Pennsylvania. The visit was part of the governor's tour of all 14 state-owned universities.

"There is a student loan debt crisis across our country. It's a burden on young people and their families that can last for years and holds them back," said Governor Wolf. "The Nellie Bly Scholarship Program will help young people to build lives in our communities rather than struggling to pay student loan bills every month.

"The Nellie Bly Scholarship Program fills the gap after other aid programs so thousands of students can afford college at our world-class state system. With less college debt, graduates can buy a car and a home, start a family and save for retirement. The program also strengthens our 14 public universities and creates a talented labor force that Pennsylvania needs to thrive."

The Nellie Bly Scholarship is a needs-based, last-dollar-in program. The scholarship would apply after a student's Pell Grant and other state grants to enroll in one of the 14 Pennsylvania State System of Higher Education (PASSHE) universities.

To be eligible, students must enroll full-time in a State System undergraduate program and qualify for a federal subsidized student loan. Students must commit to live in Pennsylvania after graduation for the same number of years they received the scholarship. If a student leaves the state early, they must repay the money.

"We are very thankful to Governor Wolf for his support of the Pennsylvania State System of Higher Education," said Kutztown University president Dr. Kenneth S. Hawkinson. "His proposed Nellie Bly Scholarship would enhance Kutztown University’s mission of providing a high-quality education to students with financial constraints by allowing them to graduate on time and with less debt. It also provides incentives to remain in the commonwealth upon graduation and, like so many other KU and State System graduates, contribute to our workforce and communities."

The governor also visited East Stroudsburg University Wednesday to talk with students and university leaders about the need for the scholarship program.

The scholarship is named in honor of Nellie Bly, an Armstrong County native born in 1864. Bly attended the Indiana Normal School, now Indiana University of Pennsylvania, but left due to the cost. Bly became a pioneering journalist who helped to force reforms to the mental health care system in the early 20th century.

Nearly a century later, higher education remains too expensive for many low-income and middle-class families. The student loan debt for Pennsylvania residents is $68 billion, among the highest in the nation, averaging more than $37,000 per student.

In addition to the $204 million for the Nellie Bly Scholarship Program, the governor's budget invests in higher education with $12.9 million to support the State System's system redesign and a $60 million increase for the Pennsylvania State Grant Program, which serves more than 130,000 students and will increase the maximum award to $4,700.

The governor is visiting all 14 PASSHE universities to highlight the importance of the program for the future of the students and the state. The governor has already made stops at Lock Haven and West Chester universities. 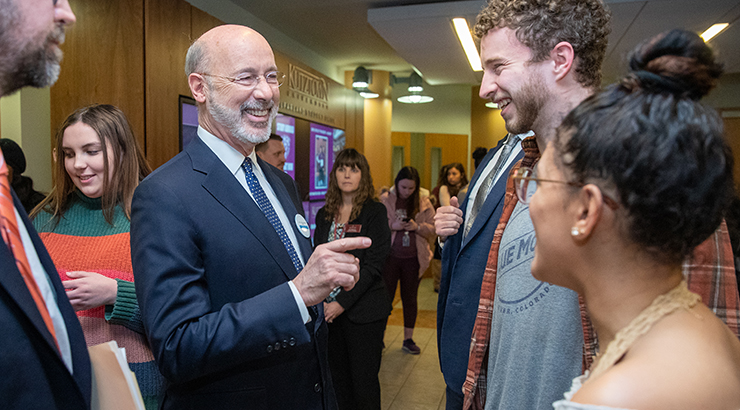 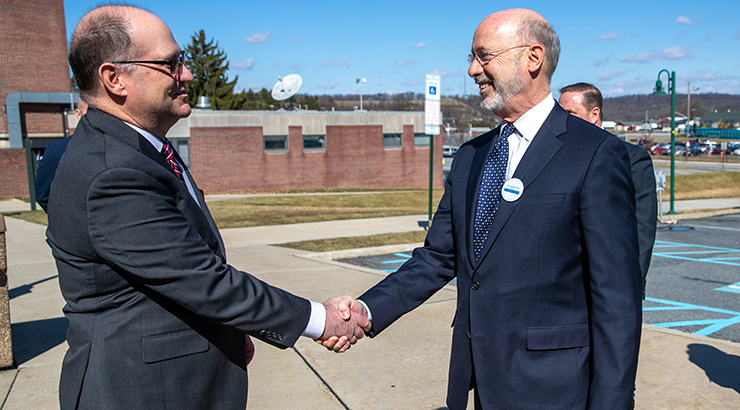 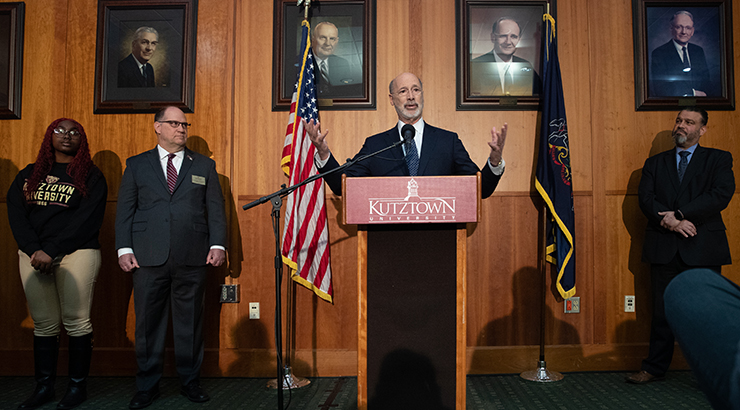