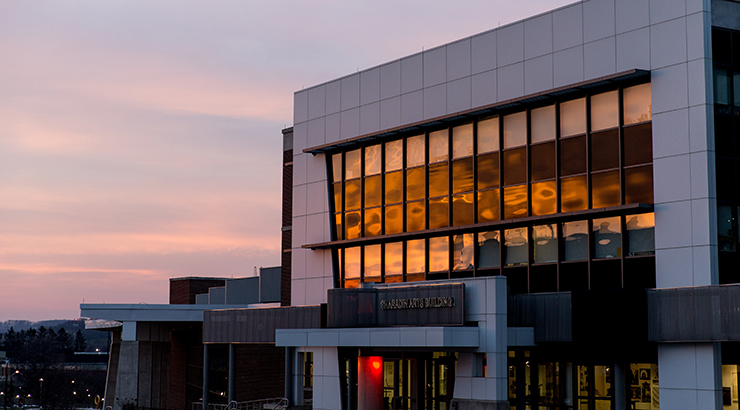 This program year, nearly 185,000 works of art and writing were submitted to more than 100 regional affiliate partners across the country. Creative teens from 18 different schools from Berks, Carbon, Lehigh and Northampton counties received regional honors, including Gold Keys, Silver Keys and honorable mentions from the local affiliate. Five students are awarded with the American Visions Award nomination, which represent the best of the exhibition.

Most of the students in this competition are taught by alumni of KU's Department of Art Education. Their student's success exemplifies the strength of Kutztown University's program as well as showcasing the many school districts in our area that have stellar 7-12 grade art programs.

Sammy Wendland from Lehigh Valley Charter High School for the Arts took home a Gold Key, four honorable mentions and two Silver Keys under the categories of Drawing and Illustration and Sculpture under teacher Michael Fickes. 16 awards were given out to the students at the Charter Arts High School.

An awards ceremony normally takes place at Kutztown University, but the in person events for this program are canceled due to COVID-19. The exhibition is free and open to the public 10 a.m. to 4:30 p.m., Monday through Friday, 12-4 p.m., Saturday, and 2-4 p.m., Sunday.

Since the program's founding in 1923, the Awards have fostered the creativity and talent of millions of students and include a distinguished list of alumni including Andy Warhol, Truman Capote, Richard Avedon, Philip Pearlstein, Sylvia Plath, Stephen King, Richard Linklater, Zac Posen and Lena Dunham, all of whom received recognition in the Awards when they were teens.

For Gold Key works of art and writing in the Awards' 29 categories, including architecture, painting, printmaking, video game design, photography and more, the opportunities for recognition will continue when the works are juried again on a national level by a panel of leading creative professionals.