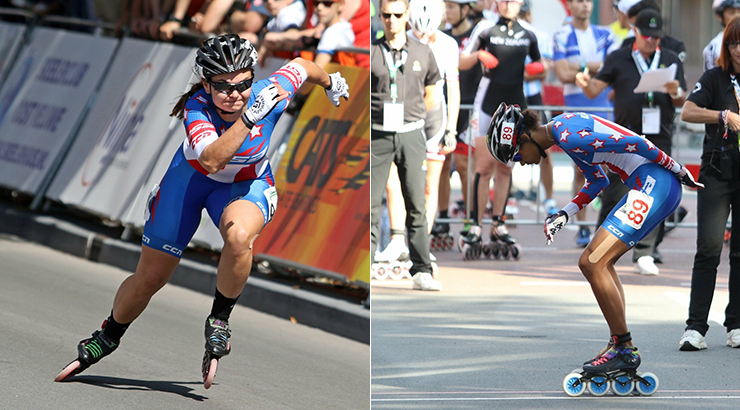 Browne, a native of Coopersburg, Pa., is a 17-time national champion and won four gold medals at this year’s National Championships. Her skating career has taken her to South Korea, Argentina, Colombia, Italy, Belgium, China, Taiwan, the Netherlands, and now Spain.

She earned a Bachelor of Arts in communication studies at KU and is an alumnae of Southern Lehigh High School.

Foster, a native of Birdsboro, Pa., earned two silver medals and a bronze at this year’s National Championships. This marks her third year on the national team. She recently competed in China in 2017, and the Netherlands last year.

She recently completed her freshman year at KU and is an alumnae of Exeter Township Senior High School.

In July, Barcelona will experience the world's largest Roller Sports and Skateboarding event. The World Roller Games will see more than 4,000 athletes in action and will crown the world's best in 11 very diverse disciplines such as Alpine, Artistic, Roller Freestyle, Downhill, Inline Freestyle, Inline Hockey, Rink Hockey, Roller Derby, Speed, and Skateboarding. The Scooter will debut as new World Skate discipline in the 2019 edition.

For more information on the 2019 World Roller Games in Barcelona, please visit their website.