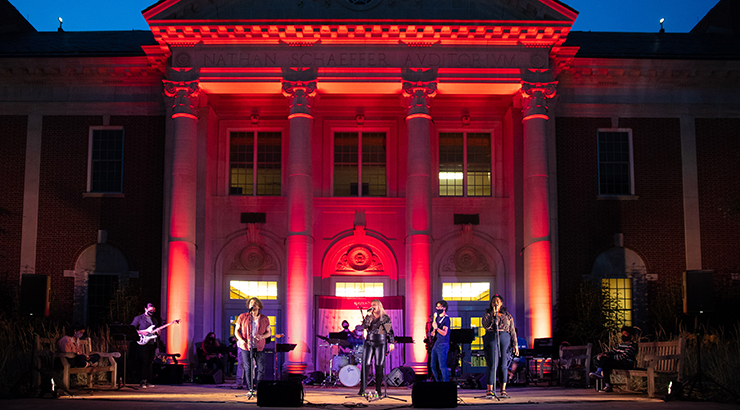 KUTZTOWN, Pa. – Kutztown University's Rock Ensemble I won two DownBeat Student Music Awards for Undergraduate College Outstanding Performance for 2021. The ensemble won in both the “live” and “asynchronous” categories. These are the fourth and fifth awards for the ensemble in the past four years. DownBeat is the premier and longest-running jazz and commercial music magazine in the world.

The ensemble is under the direction of Dr. Kevin Kjos, director of Commercial Music Studies. Students in the ensemble created arrangements for the songs performed and submitted to Downbeat through live and studio recordings.

"It's a testament to the students' tenacity and hard work that they have been honored four years running," Kjos said. "For our students to be mentioned in the same categories as Vanderbilt and the University of Miami is quite an achievement. The support of the department of music and the administration at KU has been huge in making this an internationally-honored program."

The DownBeat Student Music Awards were founded in 1976. It is considered one of the most prestigious awards for musicians, music industry professionals and music educators who compete on for the award on an international level. This award has often been called the "Student Grammy."