Affirmative Action Plan (AAP) - A written plan with a specific program to eliminate or prevent discrimination. Some are required by law; others are developed under court order. The AAP is often designed to remedy past discrimination and to make sure it doesn't happen again. Developing an AAP usually involves four steps: an analysis of the representation of various groups in your workforce; the setting of numerical goals and timetables to get more members of underrepresented classes on the workforce; an explanation of the methods to be used to eliminate discrimination; and the establishment of responsibility for implementing the program.

American Indian or Alaskan native - A person having origins in any of the original peoples of North American, and who maintains cultural identification through tribal affiliation or community recognition.

Black, not of Hispanic origin - A person having origins in any of the black racial groups of Africa.

Compliance review - An investigation to determine whether a particular employer or other entity is in compliance with the nondiscrimination requirements of the laws and regulations. Reviews may be limited to a particular complaint or they may include an entire organization. The review may focus on specific discrimination charges and practices in place or whether AAPs and complaint procedures are adequate.

Disabled Veteran - The federal Vietnam Era Veterans' Readjustment Assistance Act, as amended, actually uses the term " special disabled veteran" which it defines as (1) a veteran entitled to compensation, or who but for receipt of military retirement pay would be entitled to compensation, under laws administered by the Veterans Administration for a disability that's rated at 30 percent or more or, for veterans from active duty because of service-connected disability. The Act requires covered government contractors and subcontractors to take affirmative action to benefit special disabled veterans.

Discrimination - Unequal treatment of a class of persons. If the result of an action, policy, or practice is unequal treatment of a particular protected class, then that action, policy or practice is discriminatory. Discrimination may involve a single act or it may involve a continuing policy or practice. It may be intentional and purpose or intent is irrelevant when the effect is to deny equal opportunity.

Disparate treatment - Policies must treat all groups in the same way. You cannot, for example, have one set of rules for women and another for men.

Equal Employment Opportunity - Equal access to all available jobs and training, under equal terms and conditions, and with equal benefits and services without actions, policies, or practices which differentiate among applicants or employees on the basis of race, color, national origin, sex, age or religion. This includes equality in recruitment, hiring, layoff, discharge, recall, promotion, training, responsibility, wages, vacation, overtime, insurance, retirement and pension benefits, and breaks.

Executive orders - Orders issued by the President, which are binding on the executive branch of the federal government.

Federal guidelines - Interpretations, clarifications, and positions of various government agencies designed to help you comply with the laws they enforce. Federal guidelines don't have the force of law, but they're generally accepted or given great weight by the courts.

Hispanic - All persons of Mexican, Puerto Rican, Cuban, Central or South American, or other Spanish culture or origin, regardless of race.

Underutilization - Having a lower percentage of minorities and women in some jobs than there is in the organization's/entity's labor market.

Veteran of the Vietnam era - The federal Vietnam Era Veterans' Readjustment Assistance Act, as amended, defines the term as a veteran, any part of whose active service was just during August 5, 1964 through May 7, 1975, who (1) served on active duty for more than 180 days and received an other than dishonorable discharge or release there from, or (2) was discharged or released from active duty because of a service connected disability. The Act requires covered governmental entities to take affirmative action to benefit veterans of the Vietnam era.

White, not of Hispanic origin - A person having origins in any of the original peoples of Europe, North Africa or the Middle East. In certain contexts, particularly in contrast with Hispanics, whites are referred to as Anglos. 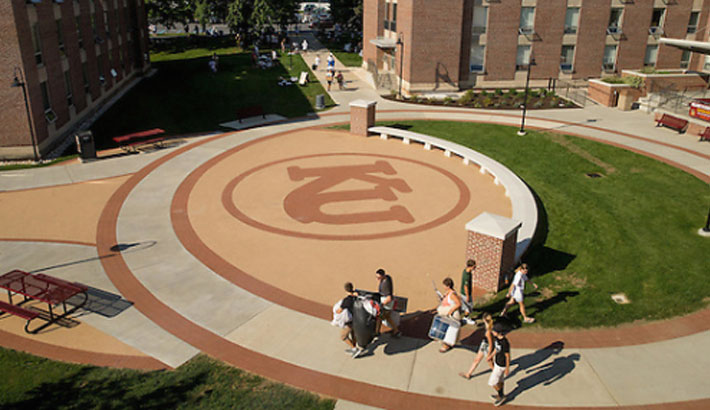