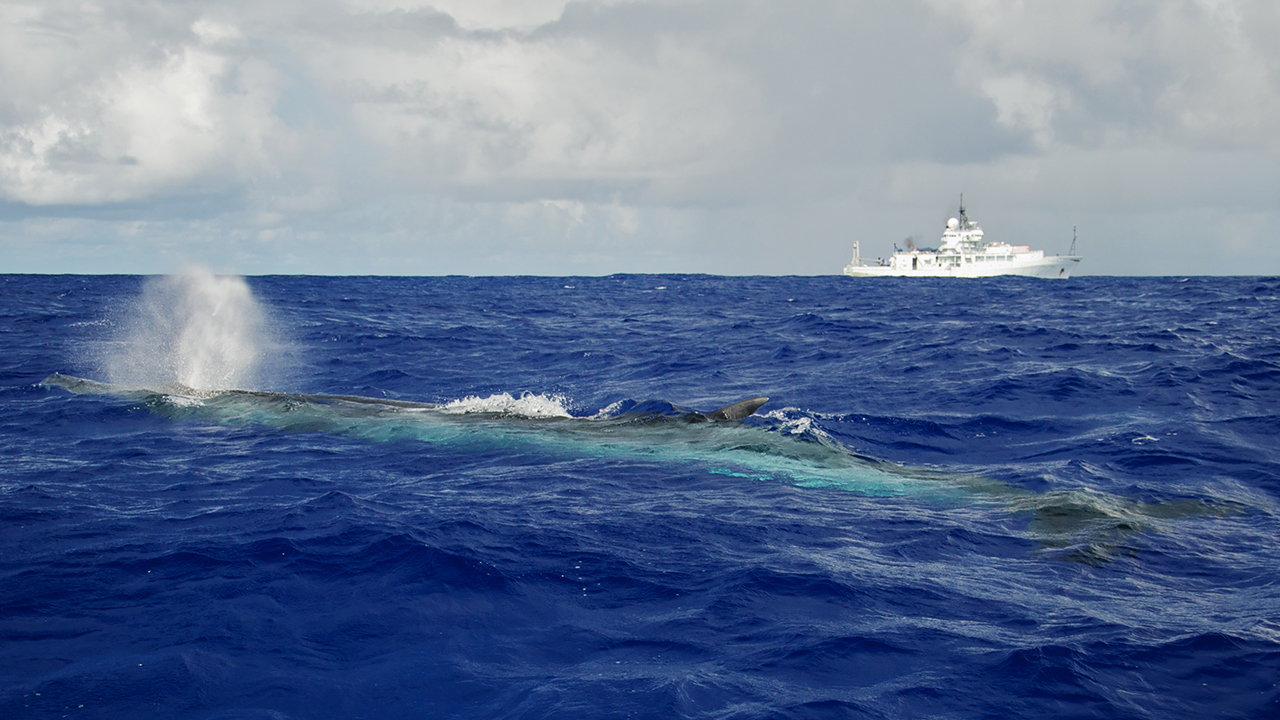 See where Marine Science can take you!

With 71% of the Earth's surface covered by the ocean, careers in marine science are diverse with great opportunities to travel and see the world. KU Marine Science graduates have pursued careers and graduate school across the country and in locations worldwide. 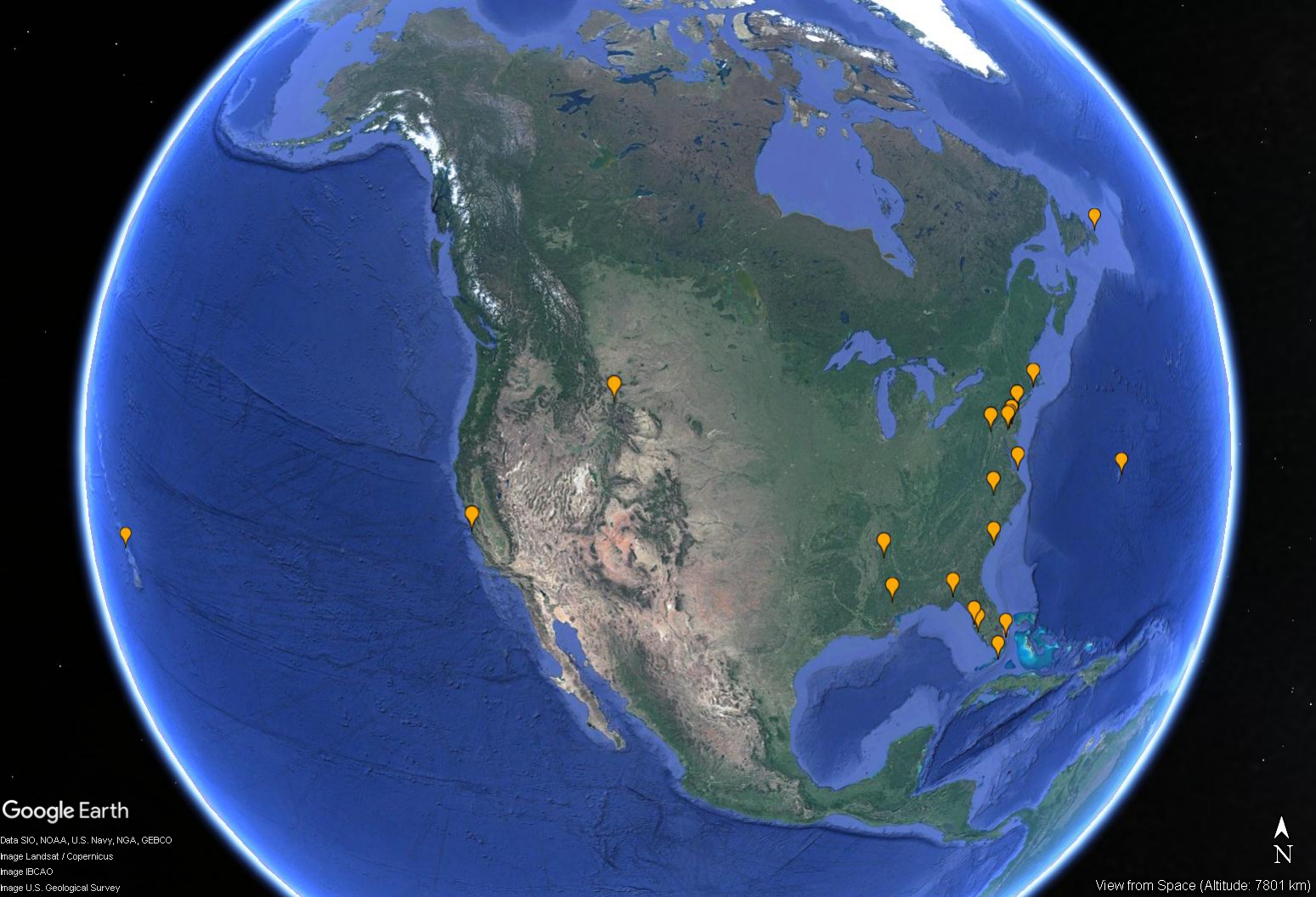 In late April 2019, Sarah Moriarty ate Reese’s cups at the bottom of the Pacific Ocean, 2500 meters below sea level! She completed a deep ocean dive in the Alvin Submarine operated by Woods Hole Oceanographic Institution (WHOI). Sarah is studying hydrothermal vents on the East Pacific Rise for her Master’s Degree in earth sciences at University of Newfoundland.

[CBFS/MCS] classes were quite integral in my career development.  After KU, I got a job with the PA Fish Commission.  After a year, I then went to Guam to get an advanced degree in Marine Science that led me to run the Government of Guam's natural resource agency for 23 years.  I left Guam in 2004 and took a job in Hawaii with NOAA/NMFS running their Habitat Conservation Program.

After 35+ years of working on Marine Science issues, it is easy for me to look back and recognize that KU provided me with a great foundation and opportunities.  The field station was an important part of providing the complete package.

Alexis is completing her 4th year at Adventure Aquarium. As a Biologist I, she is responsible for the care of several different exhibits housing fresh and saltwater fish, she cultivates live food including brine shrimp and algae, dives with several varieties of sharks, and was recently in FL removing invasive lionfish from the reef.  Behind the scenes, she is raising clownfish from eggs laid in the exhibit tanks.

After graduating from Kutztown in 2013, I spent six months at sea, sailing from Hawaii to New Zealand, on various vessels as a MATE (Marine Advanced Technology Education) intern. MATE internships focus on technology and scientific support of marine research rather than the academic research. Interns work as marine technicians aboard sea-going research vessels that are part of the University-National Oceanographic Laboratory System. Following my internship, I was offered my first job on the research vessel Knorr at WHOI. When that ship was retired in 2014, I used my connections from my internship to ask about jobs at BIOS. (From Currents, BIOS newsletter, July 2018)

Masters of Science in Marine Biology, University of Charleston

I work as a Senior Biologist in the Sea Turtle Conservation and Research Program at Mote. I manage sea turtle conservation over 35 miles of nesting beach on the west/gulf coast of Florida. I am responsible for overseeing the morning surveys of sea turtle nesting activities conducted by myself and my staff, college interns, and volunteers conducted under Florida Fish & Wildlife Conservation Commission Marine Turtle Permits. I am also responsible for maintaining our database and the dataset containing 37+ years of data from these nesting surveys.

Masters of Science in Marine Biology, College of Charleston

Following graduation Heidi gained experience as research assistant in Dr. Wursig’s laboratory at Texas A&M working on photo-identification of New Zealand dusky dolphins and then on cetacean distribution, ecology and behavioral studies in Nova Scotia.  She then added teaching experience as a Pre-College Instructor at CBFS (formerly the Marine Science Consortium) in Wallops Island, VA.  All of these experiences led her to the College of Charleston where she spent the next four years earning her MS in Marine Biology.  In 2008 Heidi moved back to Delaware and began working at Analytical Biological Services, Inc. as a Project Manager, ultimately moving into the position as the Director of Client Services at ABS.

Beth volunteered with multiple marine mammal and wildlife organizations before discovering her love of manatees through an extended internship at Florida Fish and Wildlife (FWC). Following that internship, she completed her Master’s at Nova Southeastern University where she first became involved in studying underwater sound (acoustics).  Beth is currently a Ph.D. candidate at FAU studying the vocalizations of manatees.  She is also the President of the nonprofit Sirenian International. 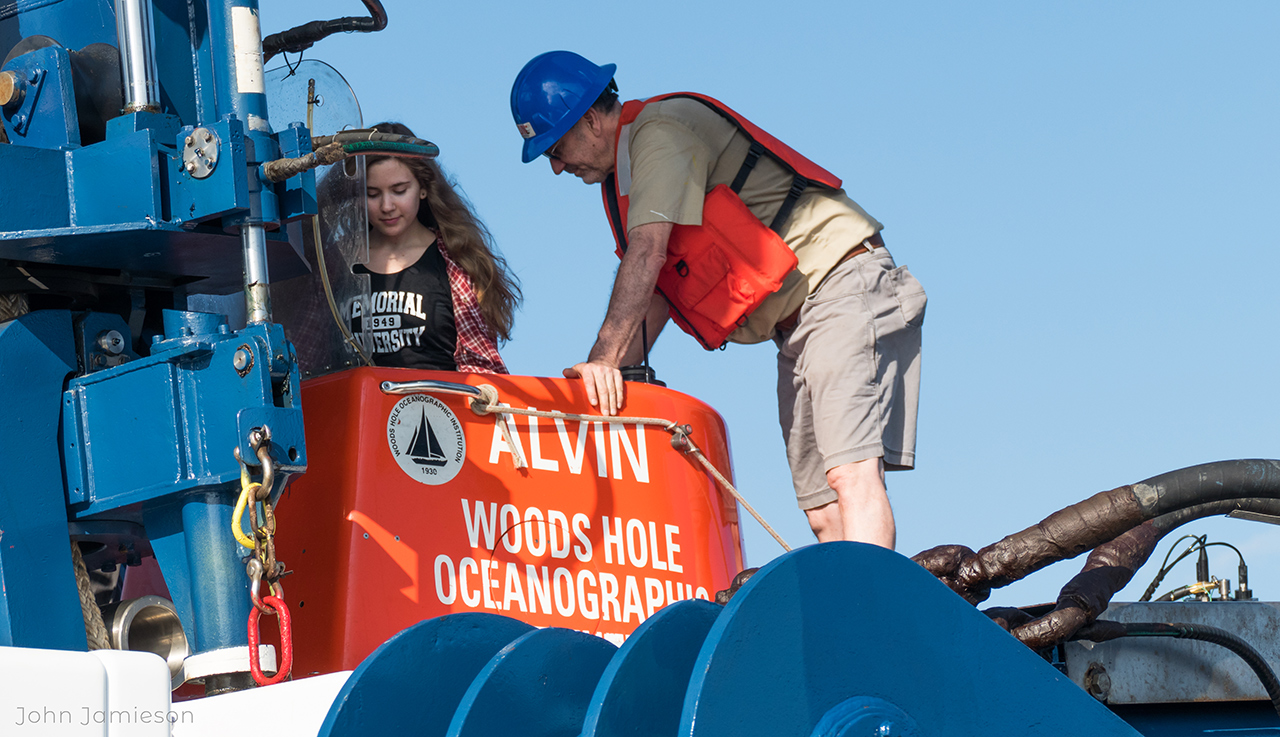 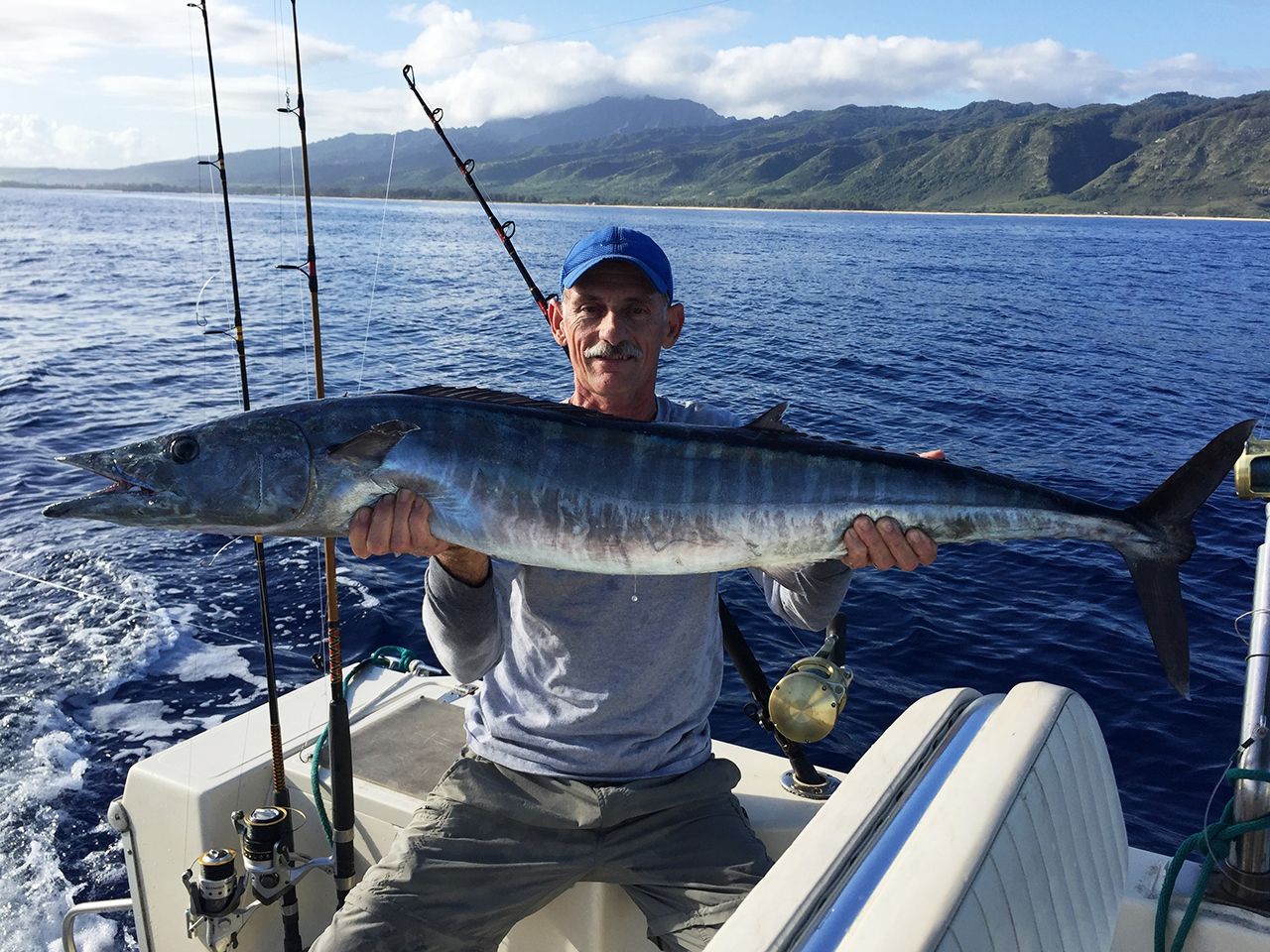 Gerry Davis displays his recent wahoo catch off the coast of Oahu, Hawaii. 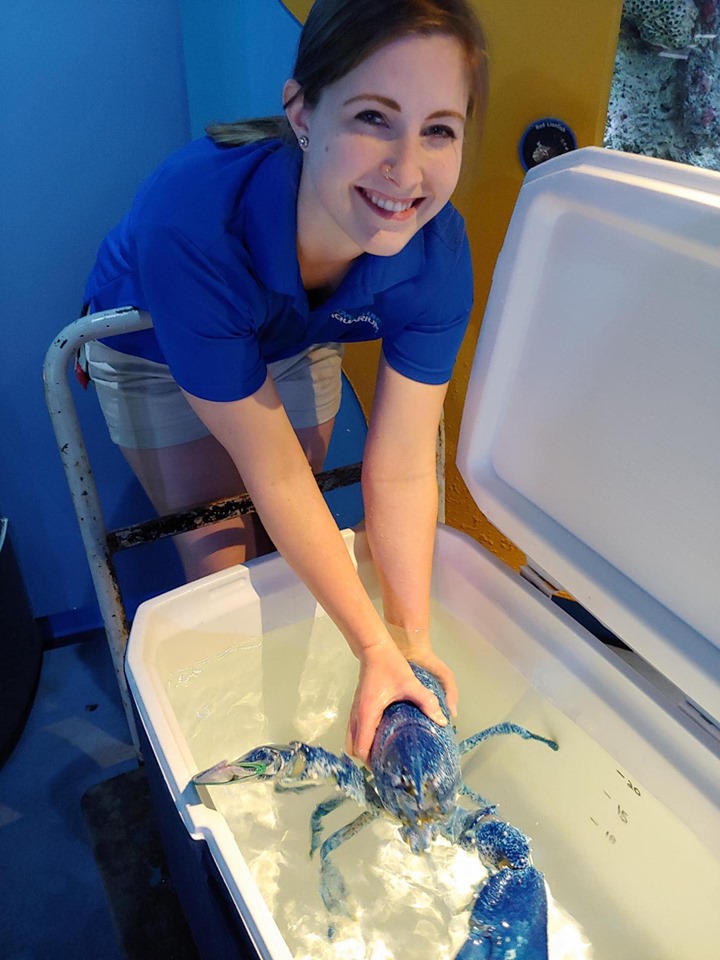 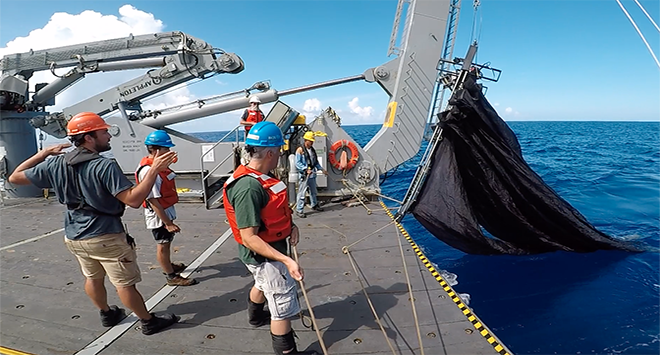 Nick Mathews (left), gives instructions to crew and scientists on the deck of the R/V Atlantic Explorer during the deployment of oceanographic equipment (From Currents, July 2018) 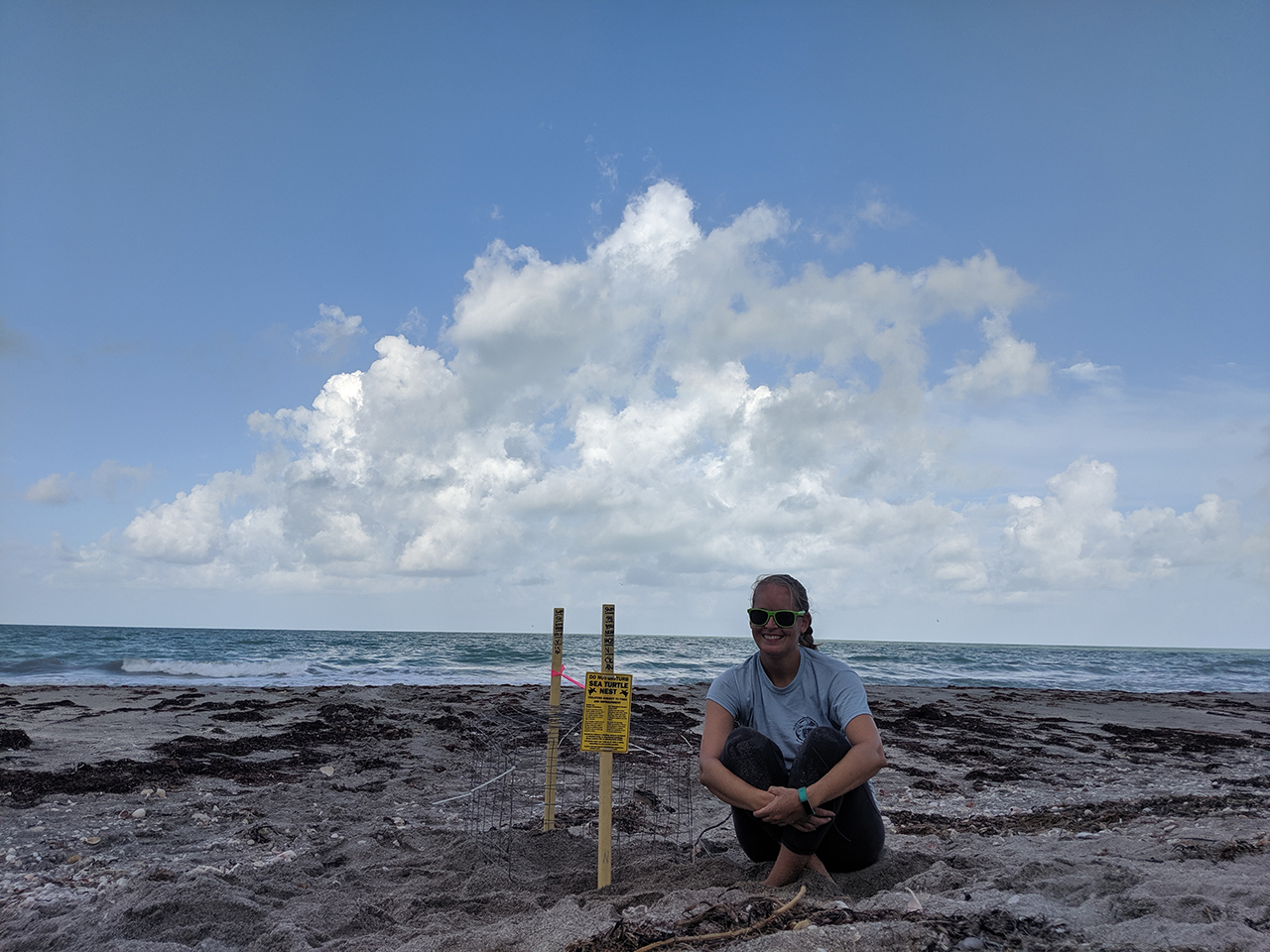 Melissa Bernard poses next to a marked sea turtle nest along one stretch of the 35 miles of FL beach she is responsible for! 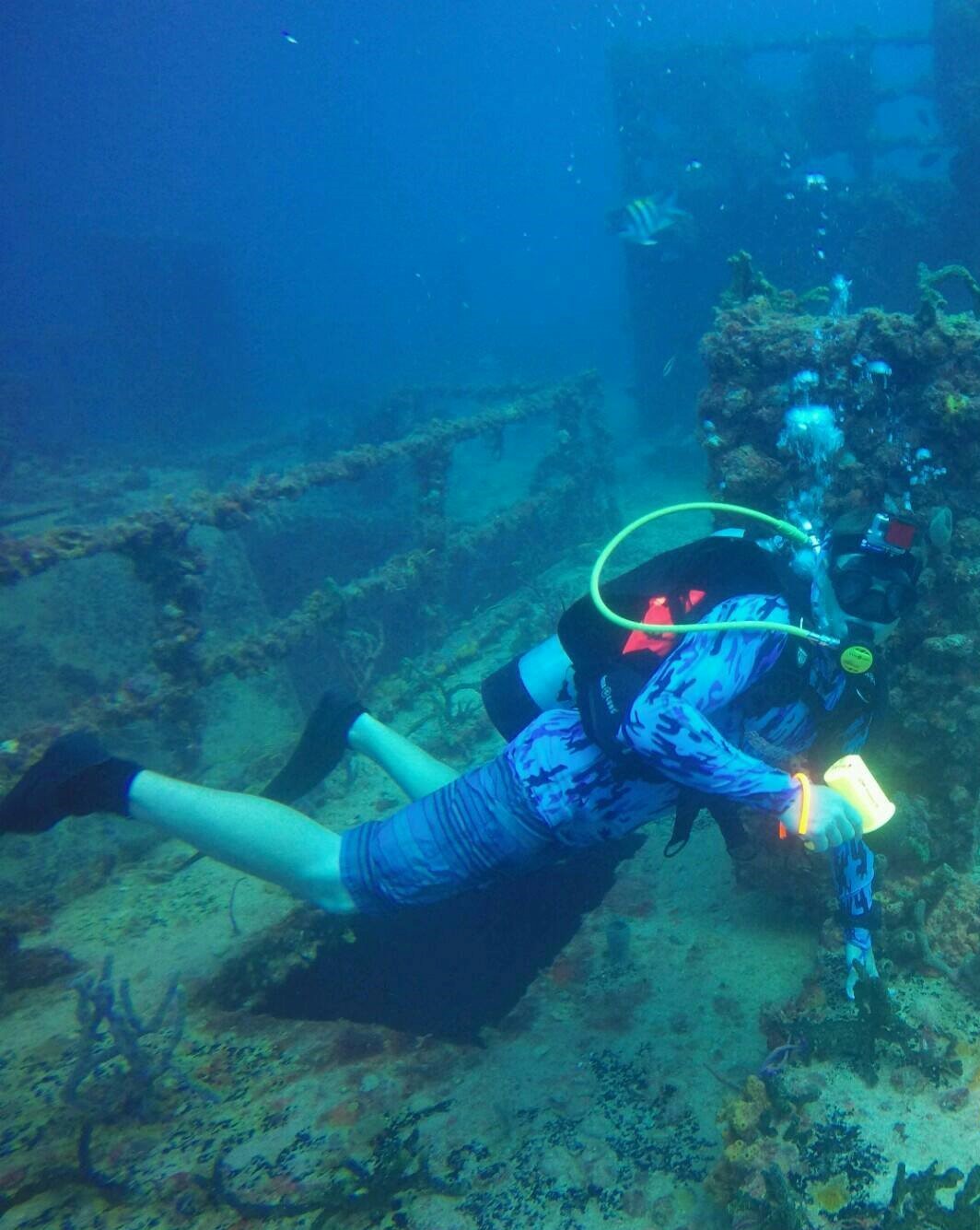 Eric Wink dives on a wreck in Florida. 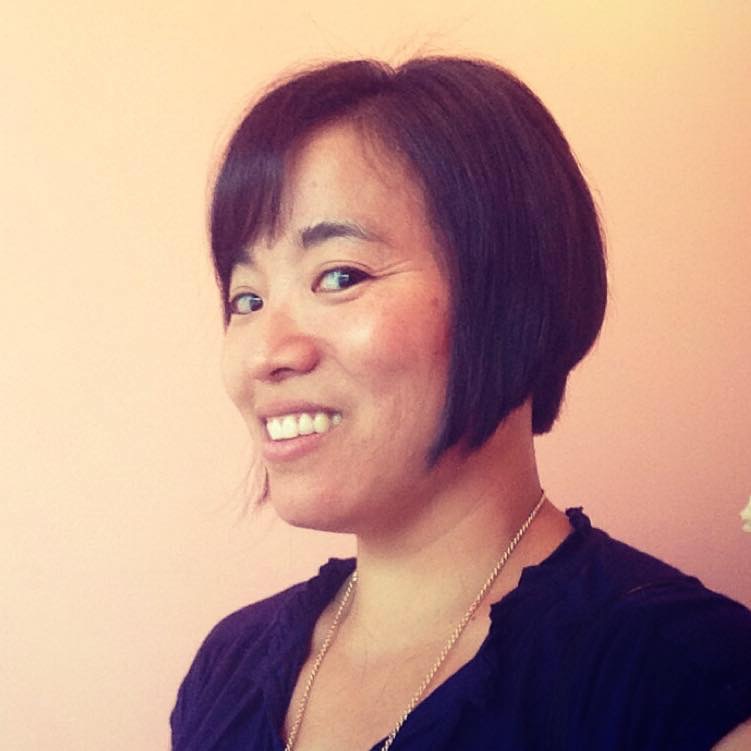 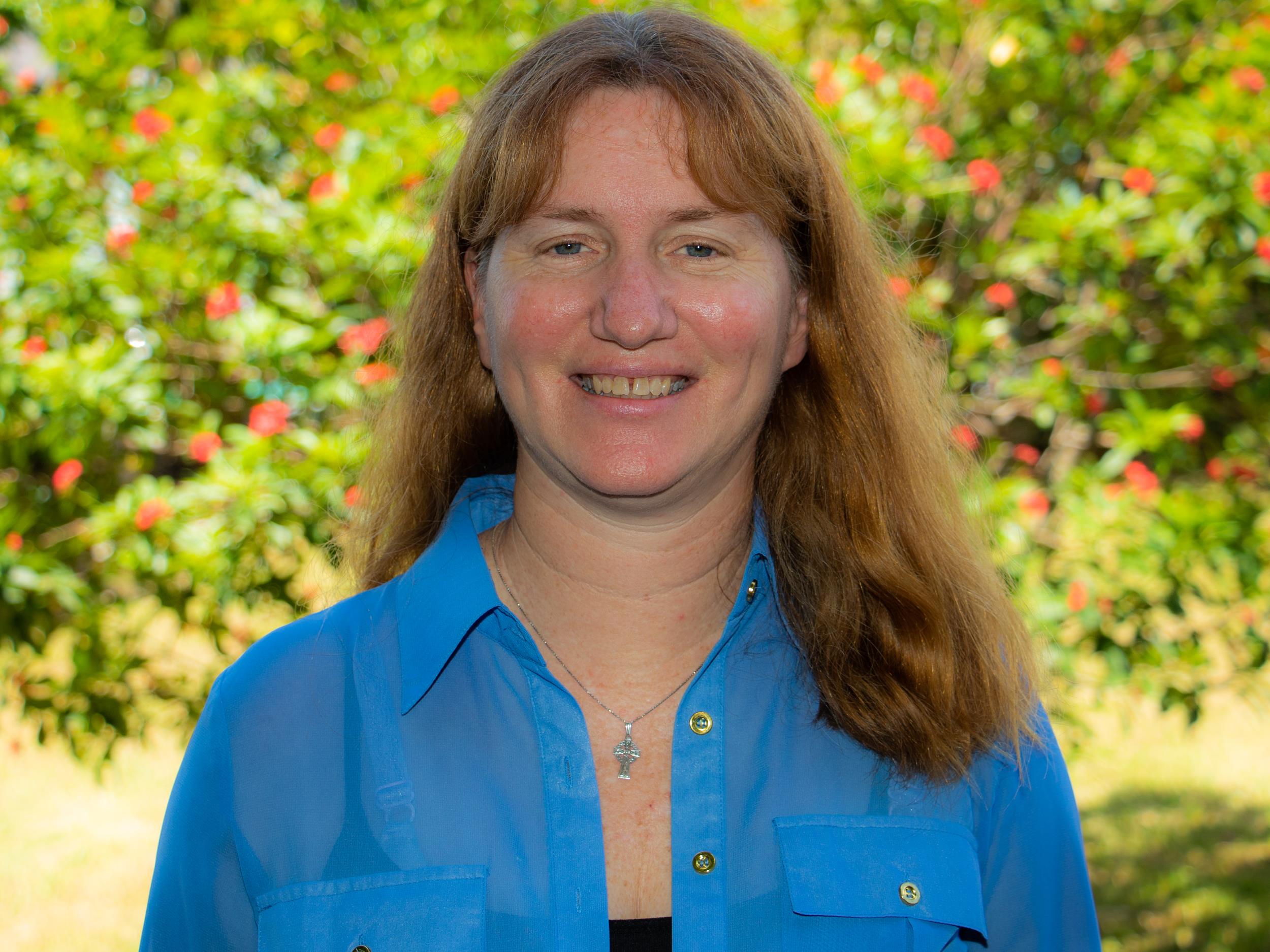