Students in the marine science program at Kutztown University are required to carry out undergraduate research under the supervision of a faculty advisor or to participate in a discipline-related internship.

Mathews participated in a 6-month MATE (Marine Advanced Technology Education) internship funded by the National Science Foundation. He worked aboard several ships in the scientific fleet, cruising the North Atlantic and both sides of the Pacific. This internship has lead him to his current position, Ocean Technical Services Manager at BIOS-Bermuda Institute of Ocean Sciences, where, he now supervises his own MATE interns!

I did an internship at the Australian Institute of Marine Science in Perth, Western Australia.  I assisted in the mark-recapture study that they are performing on the whale shark population found at Ningaloo Reef, Western Australia.  My duties consisted of assisting with field work and then analyzing the data that was collected from the trip as well as previous trip years.

Curran Howland: Reef Protection and Preservation in the Caribbean

I spent my summer as an intern with the Mote Marine Laboratory Sea Turtle Conservation and Research Program in Florida. We were in charge of patrolling the beaches for sea turtle nesting activities. For the first part of the summer, we would identify, verify, and mark off new nests. Once the nests began hatching, hatched nests were excavated and their contents (number of eggs: hatched, unhatched, damaged, etc.) recorded. It was a fantastic experience; I learned a lot and met a lot of great people!

Dempsey worked with Oceans Research, a South African based research institute dedicated to the conservation and management of South Africa’s wildlife. While there, Dempsey took the tools she learned at KU and implemented them as she worked alongside students and marine biologists on many fascinating, hands-on research projects. She helped conduct both intertidal and cetacean surveys, where she observed and recorded the diversity of rocky intertidal zones between tides, and helped to track the movement of dolphins and whales throughout the bay in order to calculate pod sizes and their space utilization. She also worked with and leopard cat sharks, helping to study their diet, collect blood samples, and observe shark stress physiology. The “highlight” of her internship took place when she helped examine great white shark population dynamics—where she was able to see and work up-close with great whites, which can’t be kept in captivity. “They were beautiful and working with them was literally life-changing.”

Throughout this past summer, I gained an immense amount of knowledge in the field of marine paleontology. I learned to identify local fauna and some flora from the Miocene age, specifically shark’s teeth and whale and dolphin bones that are 8-12 million years old. With this knowledge, I was able to identify bones out in the field and collect them for preservation at the museum. 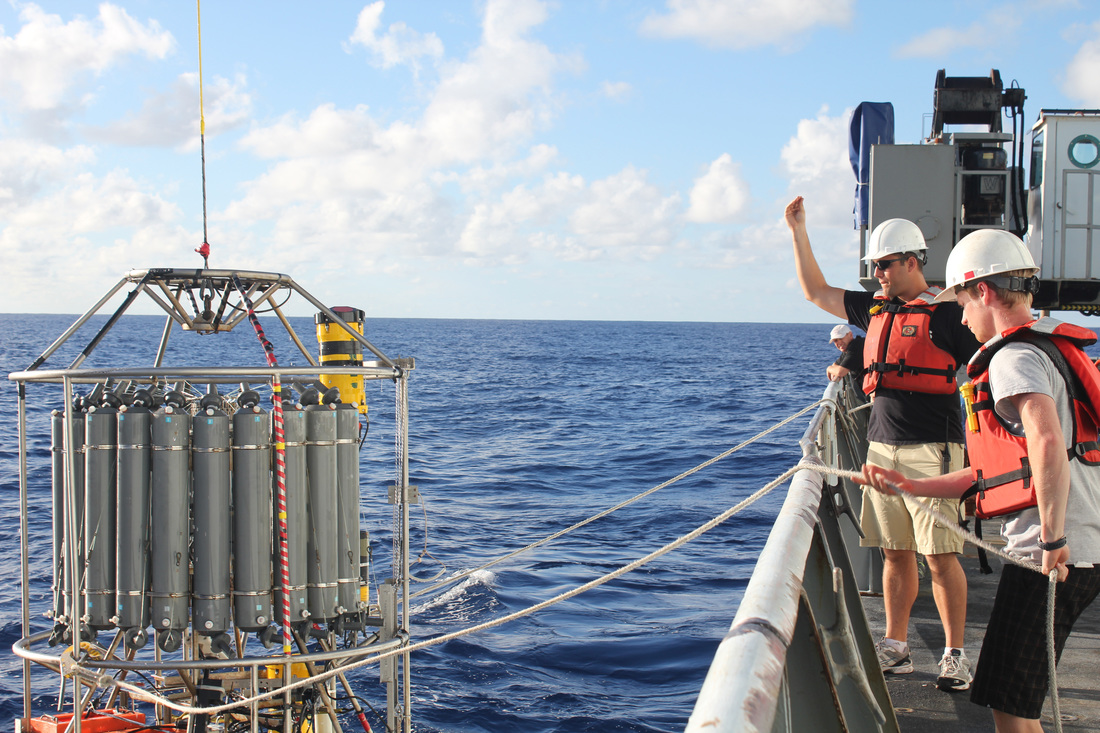 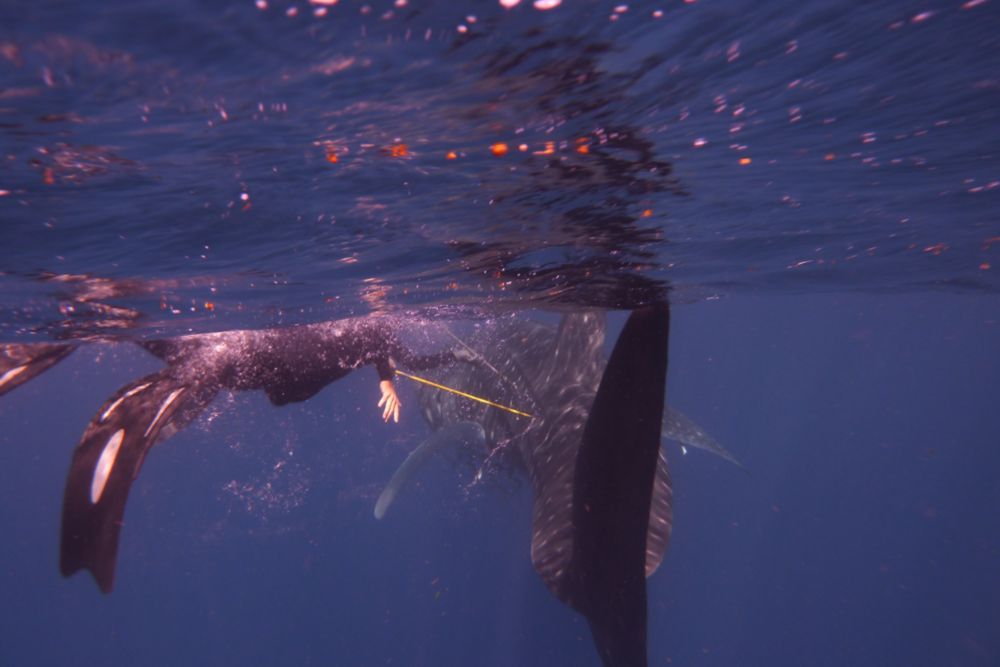 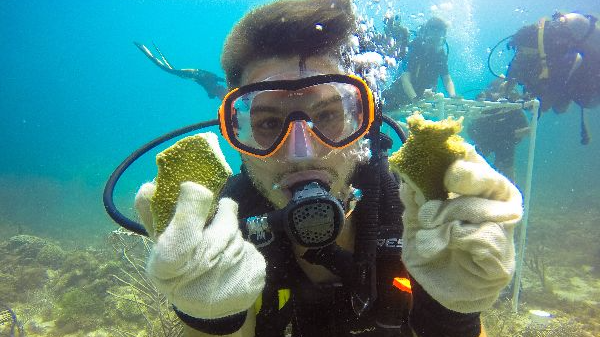 Curran Howland displays fragments of elkhorn coral at a restoration site on the Caribbean reef. 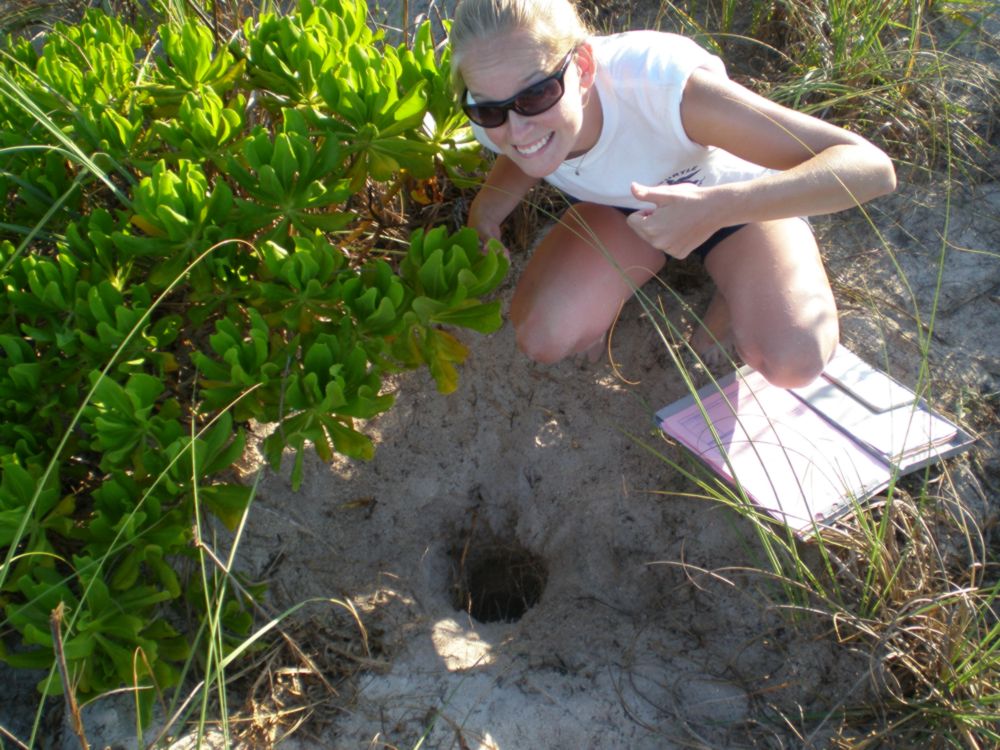 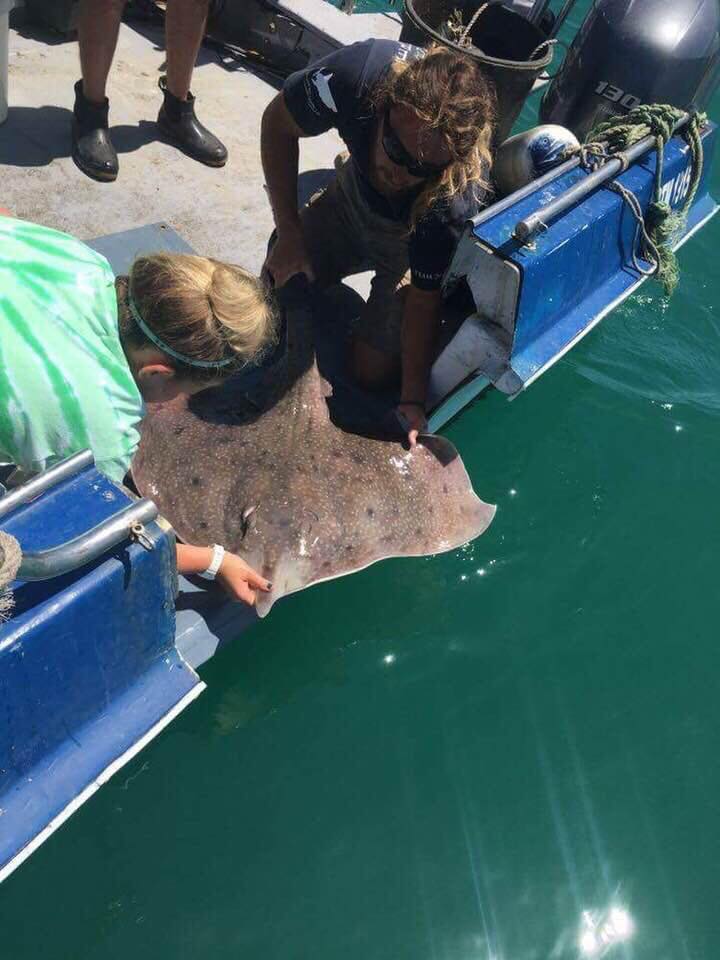 Andrea Dempsey in South Africa taking measurements and sample from a spearnose ray before release. 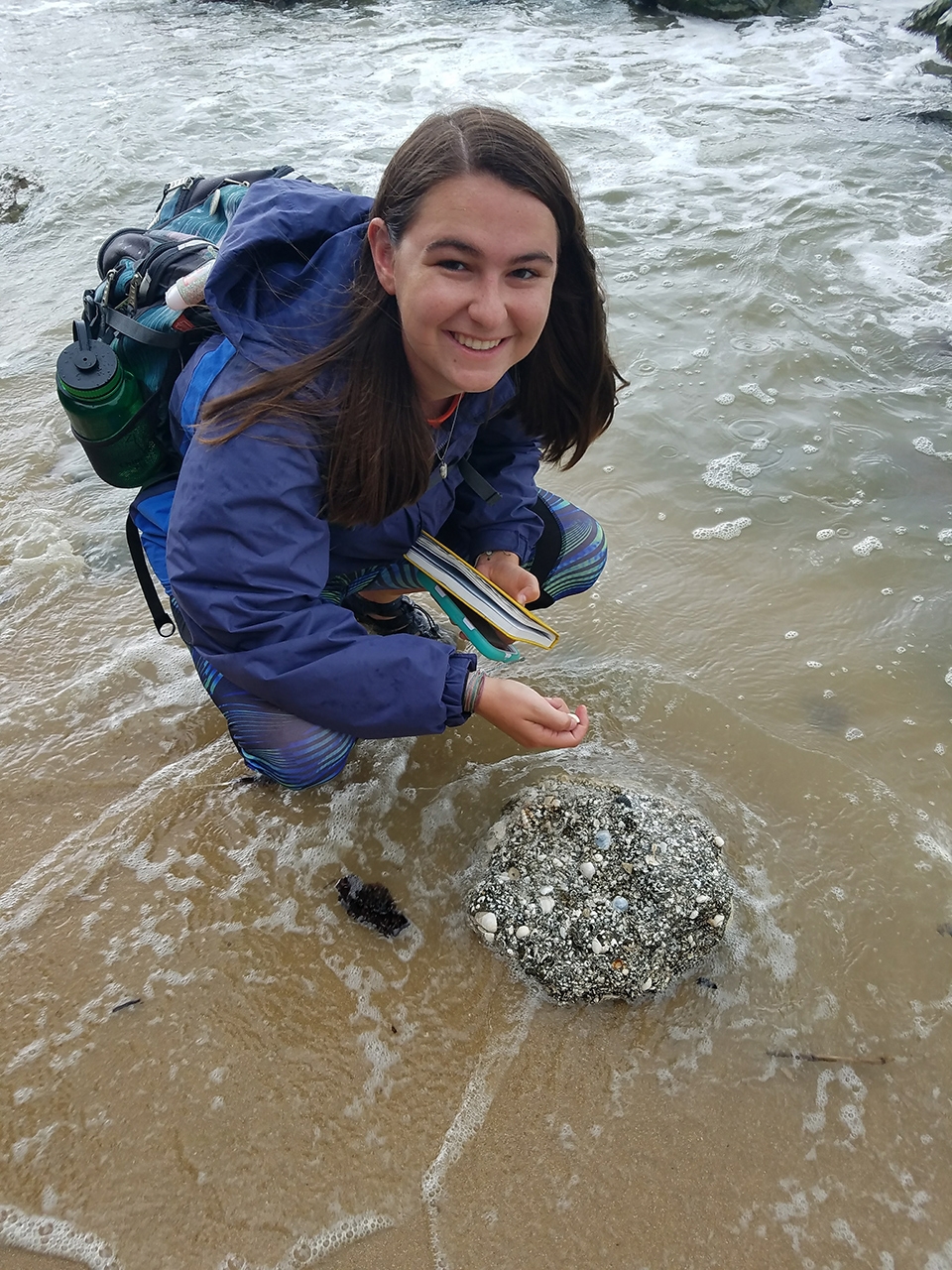