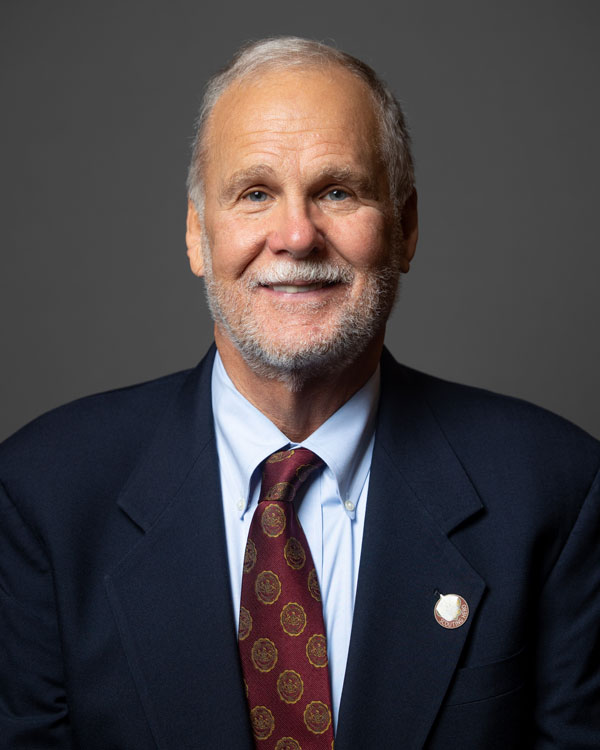 One of the first things that Phillips Armstrong '71 learned in life was the importance of a strong work ethic and a dedication to making a difference in the community.  His mother was his first teacher, and those important and early life lessons motivated Phil to choose a path that improved the lives of others.

Phil found his first passion for public service in education.  He graduated from Kutztown in 1971 with a B.S in Secondary Education and a minor in social studies and obtained his Master’s Degree in education in 1975.  He finally settled in Whitehall Township where he taught social studies for more than 40 years.

Phil brought creativity and innovation to the classroom, ensuring that his students were always provided with real-world experiences, cutting-edge lessons and that they learned skills critical to their success as adults.  His students continue to express their gratitude to him to this day.

Armstrong also served as the girls’ basketball coach where he fought to ensure that the school provided equal access to equipment and training facilities.  He is a member of the Lehigh Valley Sports Hall of Fame and the Whitehall High School Hall of Fame.

Armstrong’s quality in the classroom earned him praise and respect from his peers. During his time in the Whitehall School District, he rose to be chair of the Social Studies Department.  He was also selected to serve as the Secondary Education Chairperson for the Middle States Council on Social Studies, where he worked to develop a standardized exam for Social Studies.

Phil’s retirement from education led him to his next venture in public service when he was appointed to the Whitehall Board of Commissioners.  He moved quickly to bring civility and common sense to the board and was elected by his peers to be board president.

His leadership produced a reduction in the local garbage tax, and held the line on all other forms of taxation in Whitehall.  The township has capital plan to replace needed emergency services equipment, a fully funded police pension system.

Armstrong remains an active member of his community.  He serves on the Board of Directors for the Whitehall Chamber of Commerce, and is a member of the Whitehall Lion’s Club.  Phil continues to reside in Whitehall Township, with his wife, Annette.  He has five grandchildren - Jake, Elizabeth, Ava, Olivia and Savanna.  His children have inherited both his hard work and desire to make a difference.

Phil’s daughter, Katie, is a Penn State graduate with an MBA from Saint Joseph’s University, currently working as a technology department manager at Vanguard Corporation she also teaches online courses at two local colleges.  His daughter, Jessica, graduated from Bloomsburg University, and together with her husband, Jake, founded the successful company, Mathway. His son Phillips Jr. attended Temple and Colorado State.  He now owns three restaurants in Colorado and is a competitive skier, ranked fifth in the master’s division internationally.