In gas chromatography (GC), the gaseous mobile phase is forced through the stationary phase using pressure. A simple GC would include a tank of gas, pressure and flow regulators to control the gas flow, an oven, an injector to allow injection of a small volume of the sample mixture under pressure, a column containing the bed of stationary phase, a detector to detect the presence of components as they exit the column, and some means to record the detector signal.

Gas chromatography is a widely-used technique that has been applied to separating, identifying and quantifying components of complex mixtures across a diverse range of disciplines.

Our Agilent 6890 GC operates under Chemstation software, and is equipped with a Purge & Trap concentrator as well as a 120 sample autosampler. The capillary column in this GC is capable of separating components from very complex mixtures, and the mass spectral (MS) detector helps identify those compounds.

More information regarding this system can be found on our Mass Spectrometry page. 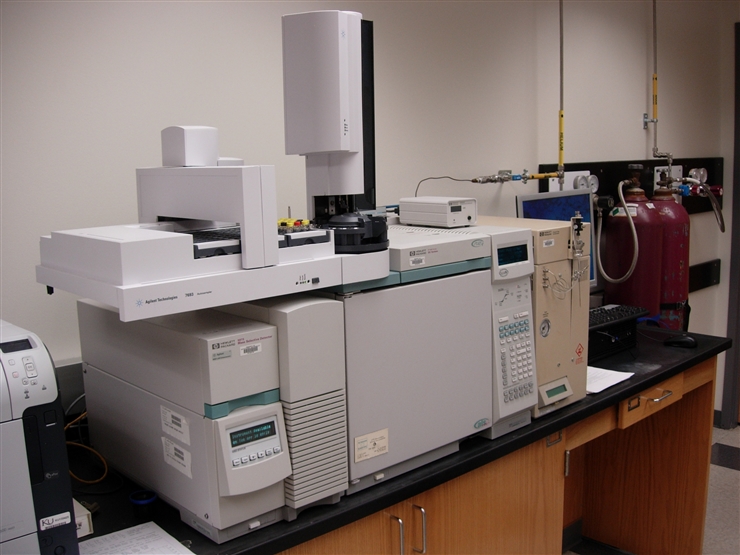 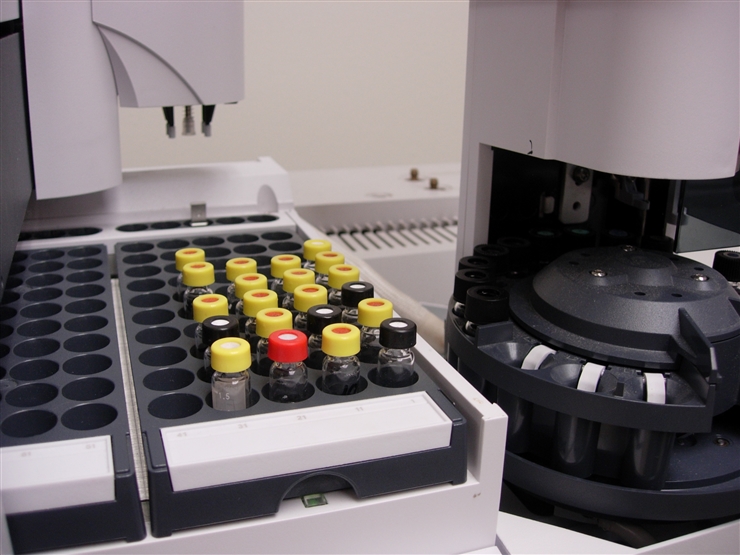 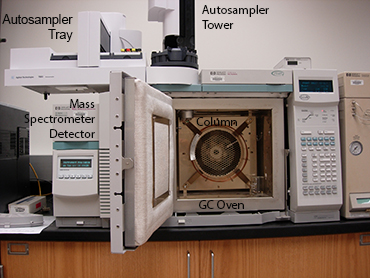 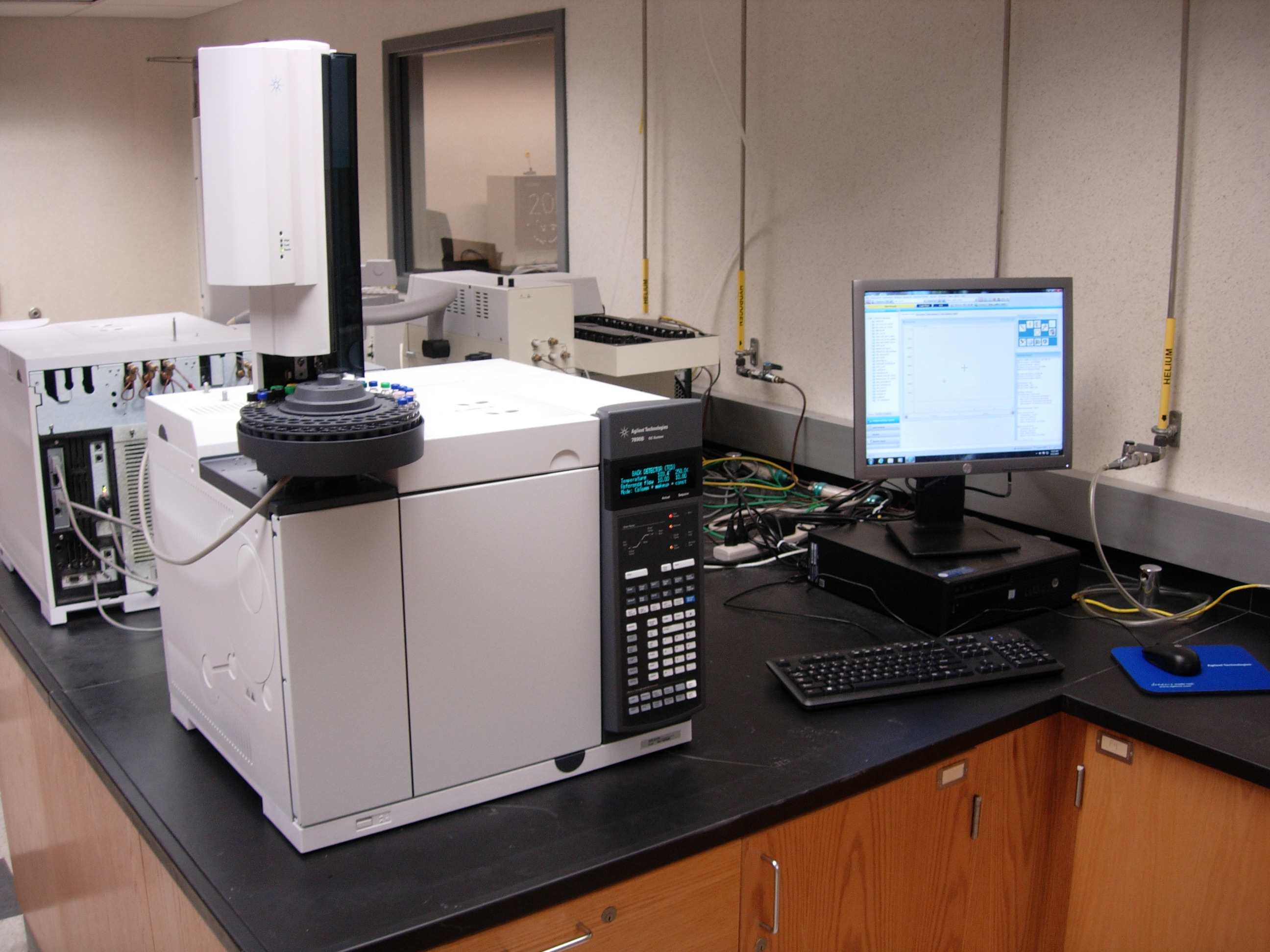 Our new Agilent 7890B gas chromatograph is equipped with an autosampler, dual capillary columns, one flame ionization detector, and one thermal conductivity detector. Students have opportunities to use this gas chromatograph in Organic, Analytical, Environmental Analysis, Physical Chemistry, and Research. 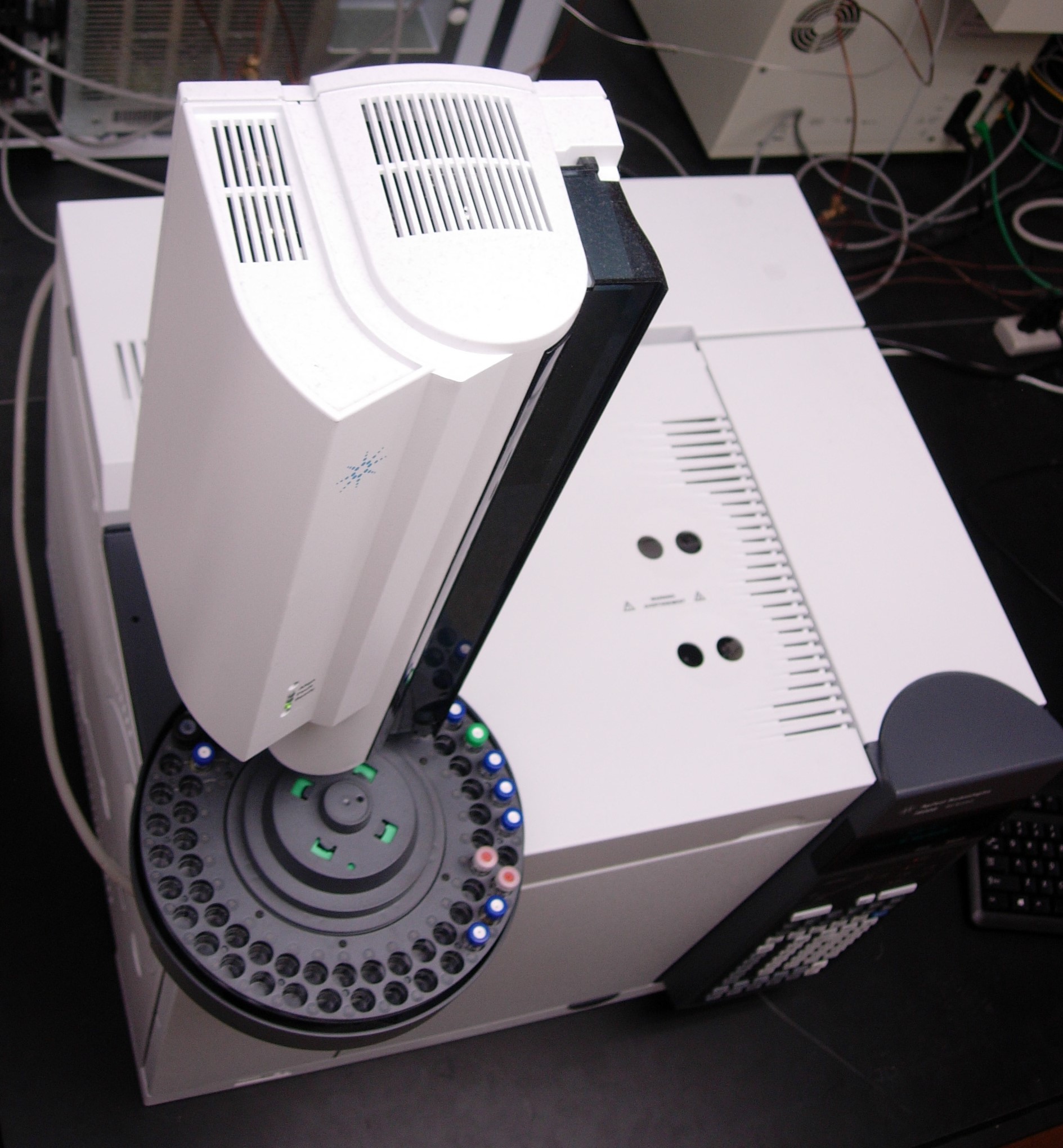 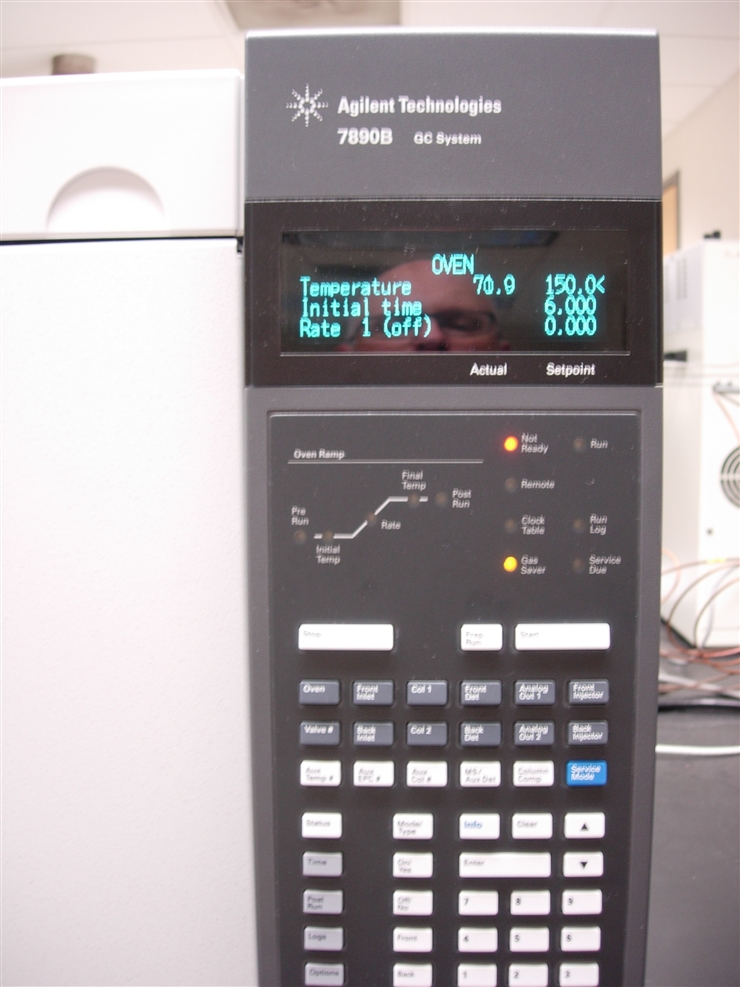 Agilent 7890A Gas Chromatograph with a G1888 Automated Headspace Sampler 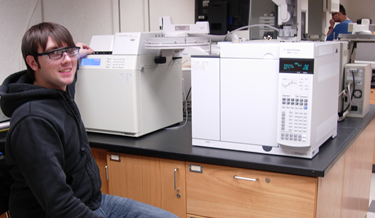 Our two SRI 8610's are rudimentary gas chromatographs that use packed columns and thermal conductivity detectors. The simplicity of these instruments allows students to grasp the operating principles of gas chromatography without a lot of automation. However, the data collection software associated with this GC is powerful, and provides all the necessary tools to transfer knowledge of chromatography data analysis to more sophisticated systems. 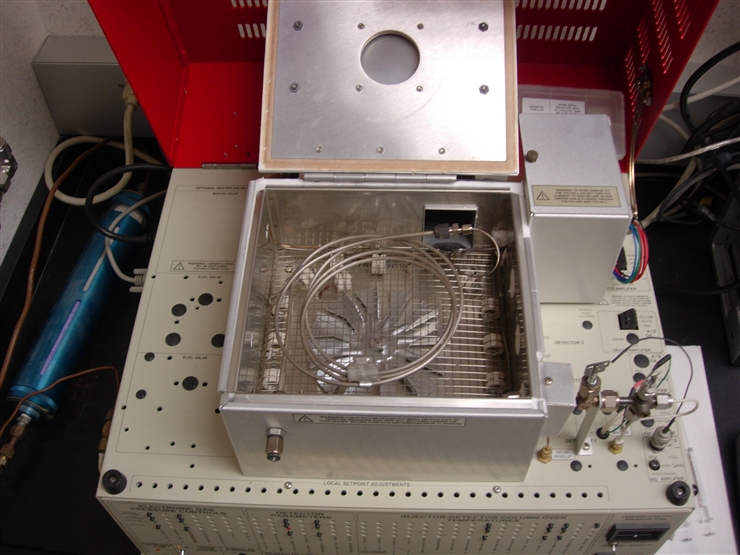 Gas chromatography is a technique that has an enormous application base. Below is a tiny sample of some examples of GC separations.