Since its introduction in the late 1960's, HPLC has become one of the most widely used separation techniques in the world.

This instrument has an automated liquid chromatographic (LC) front end, and a powerful tandem mass spectral detector capable of discriminating molecules according to mass and electrical charge (its mass to charge ratio), and the way molecules dissociate when they collide with inert gas atoms. This detection strategy allows one to single out individual molecules from complex samples, and determine concentrations of molecules at extremely low levels (sometimes sub-part per billion concentrations).  This instrument is described more fully on the LC-MS/MS page. 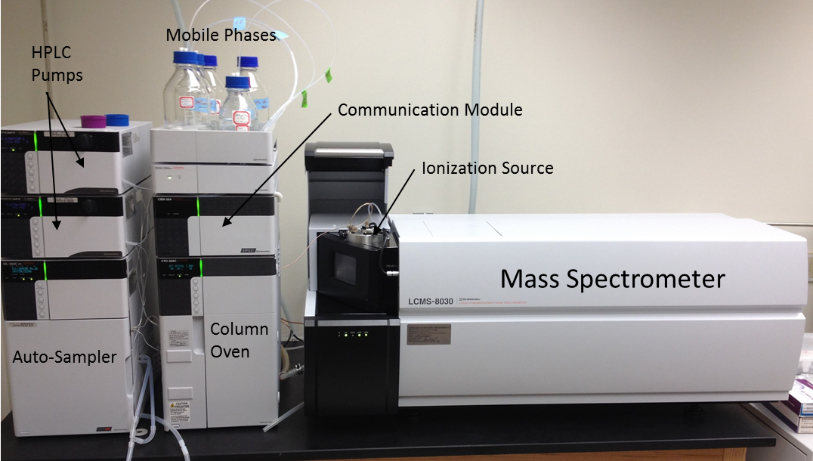 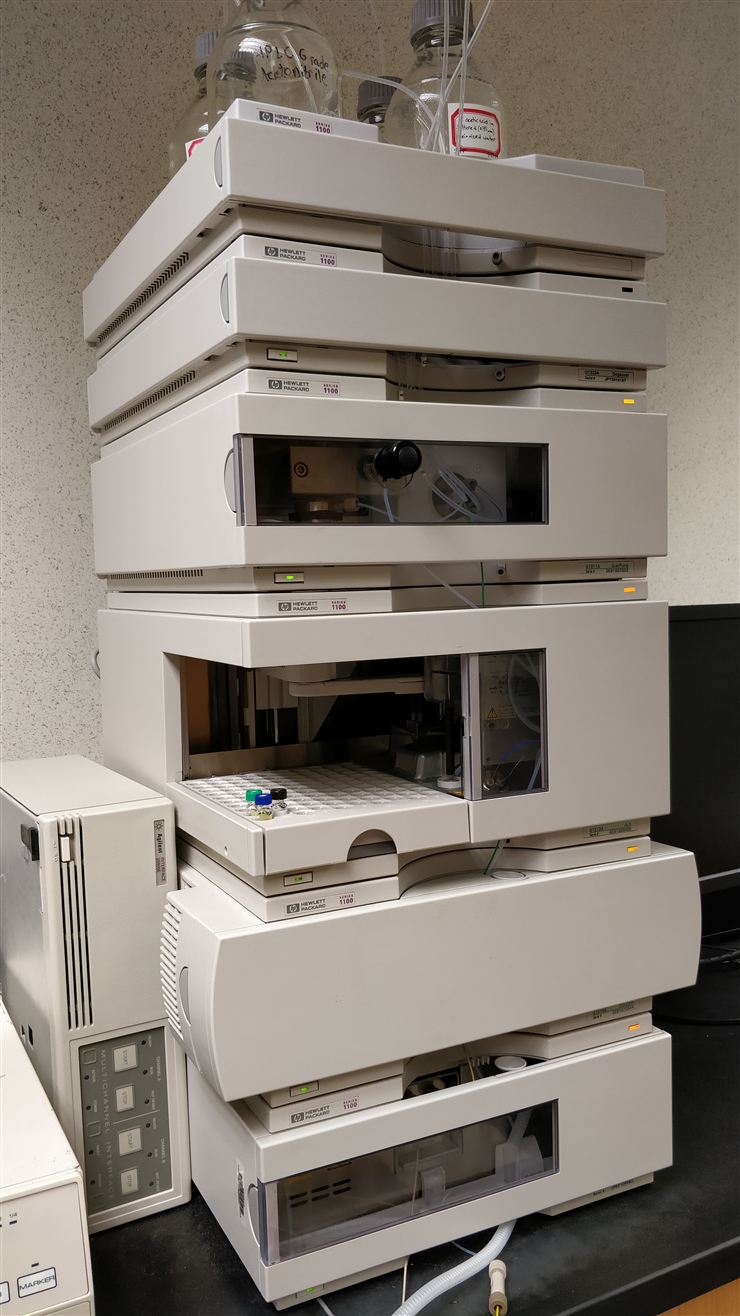 Our two Agilent 1100 HPLC systems are fully automated systems operating under the most recent version of Agilent's OpenLAB ChemStation software. The quaternary pumps are capable of mixing four different solvents to produce the mobile phase. The autosamplers are capable of automating the injection of up to 100 samples. One system is equipped with a multiwavelength detector capable of monitoring 5 wavelengths at a time, and the other has both a variable wavelength detector and a refractive index detector which can detect components that don't absorb light in the UV or visible regions (like sugars). 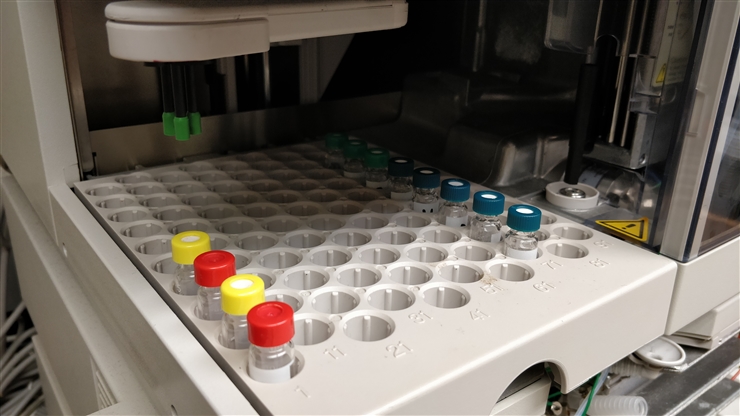 Chromatogram of alpha- and beta-acids in hops

The Dionex Ion Chromatograph (IC) is designed to separate ions rather than neutral molecules. As in HPLC, the separation also involves both mobile and stationary phases, but the stationary phase has electrically charged groups to attract ions to various degrees. The detector in this system monitors the conductivity of the mobile phase. When an ion exits the column, the conductivity changes. This system is fully automated and includes an autosampler. The autosamplers allow us to perform repetitive injections overnight and retrieve data for analysis without wasting precious class time. 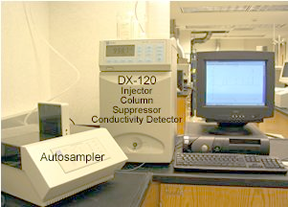 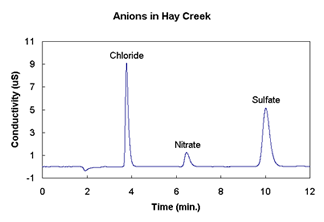 We have plenty of old, functional HPLC components. These are used primarily to teach the basics of HPLC and HPLC maintenance. Within the undergraduate curriculum, students piece together their own HPLC systems and conduct a set of experiments using the instrument they constructed.

By constructing an HPLC system, students learn practical aspects of HPLC such as: sealing a compression fitting, priming a pump, installing a column, troubleshooting, creating electrical connections for the detector, etc. It is also much more practical to demonstrate changing pump seals or check valves on one of these pumps than it is one of the automated systems. 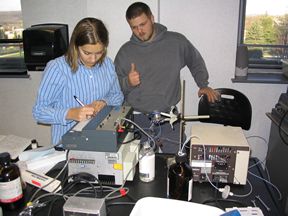 The joy of finally getting your HPLC to work. 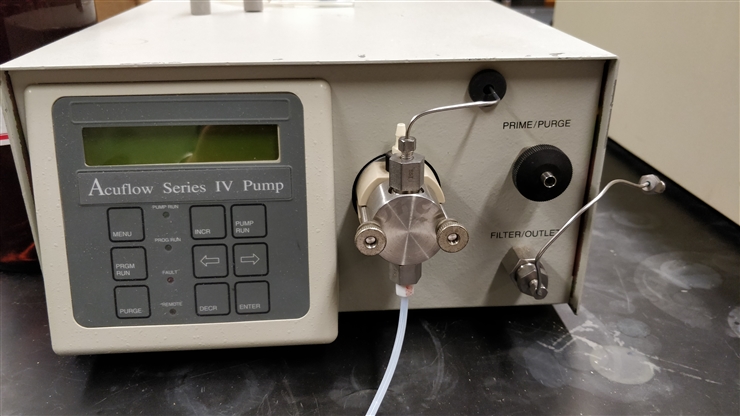 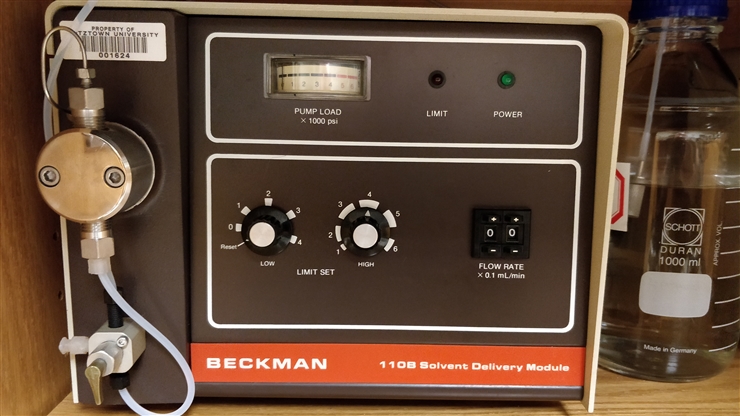 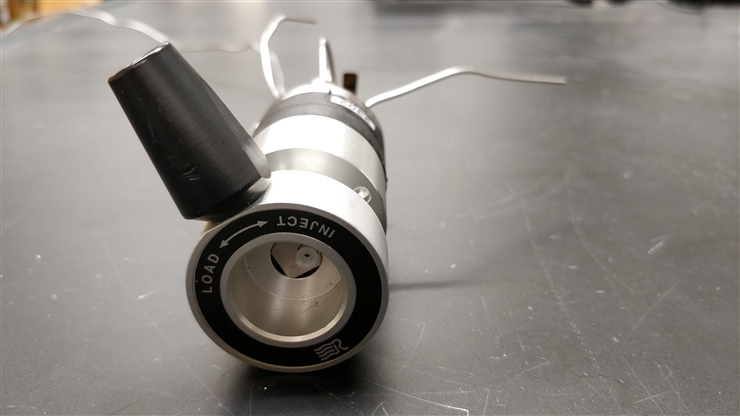 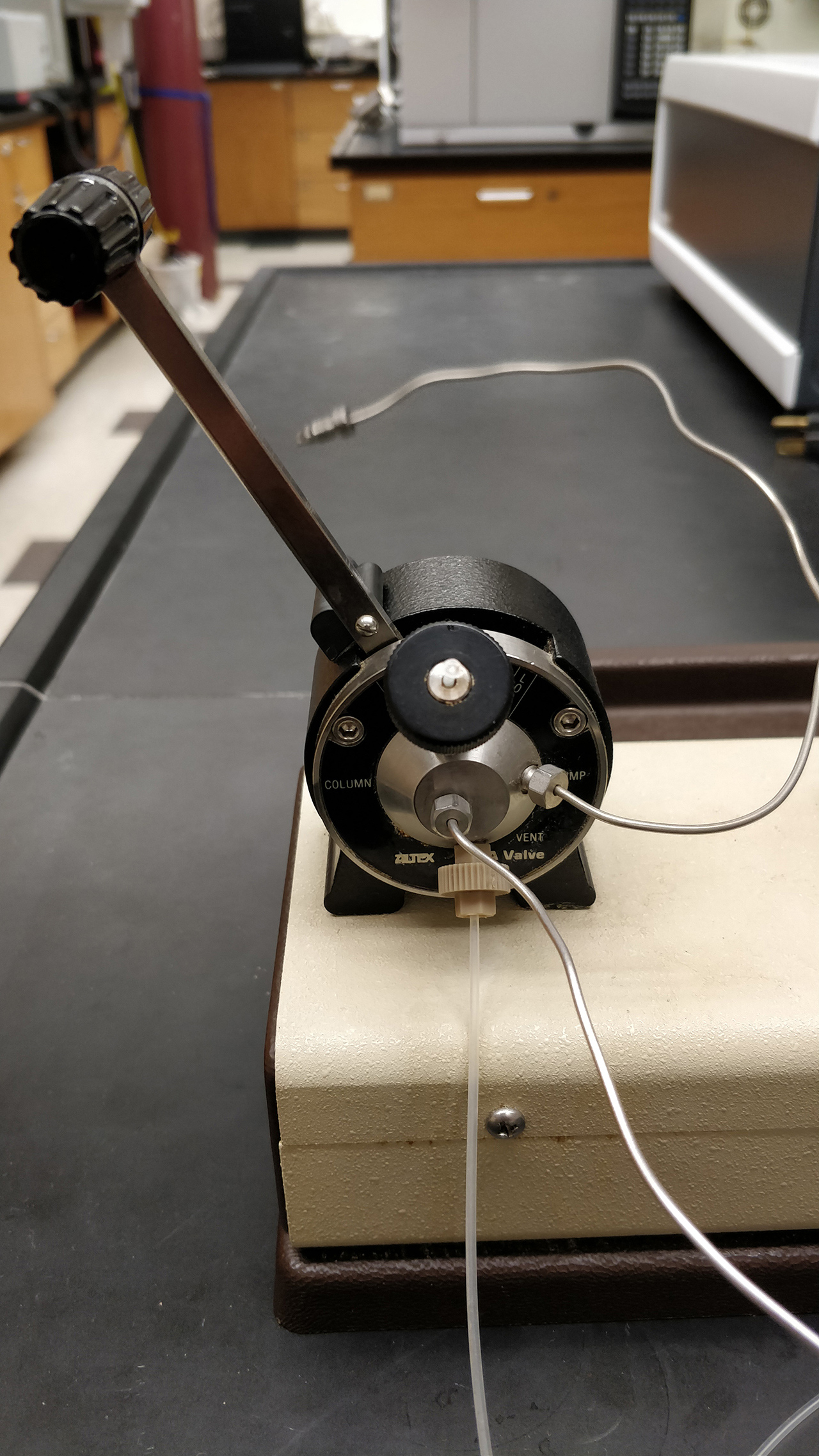 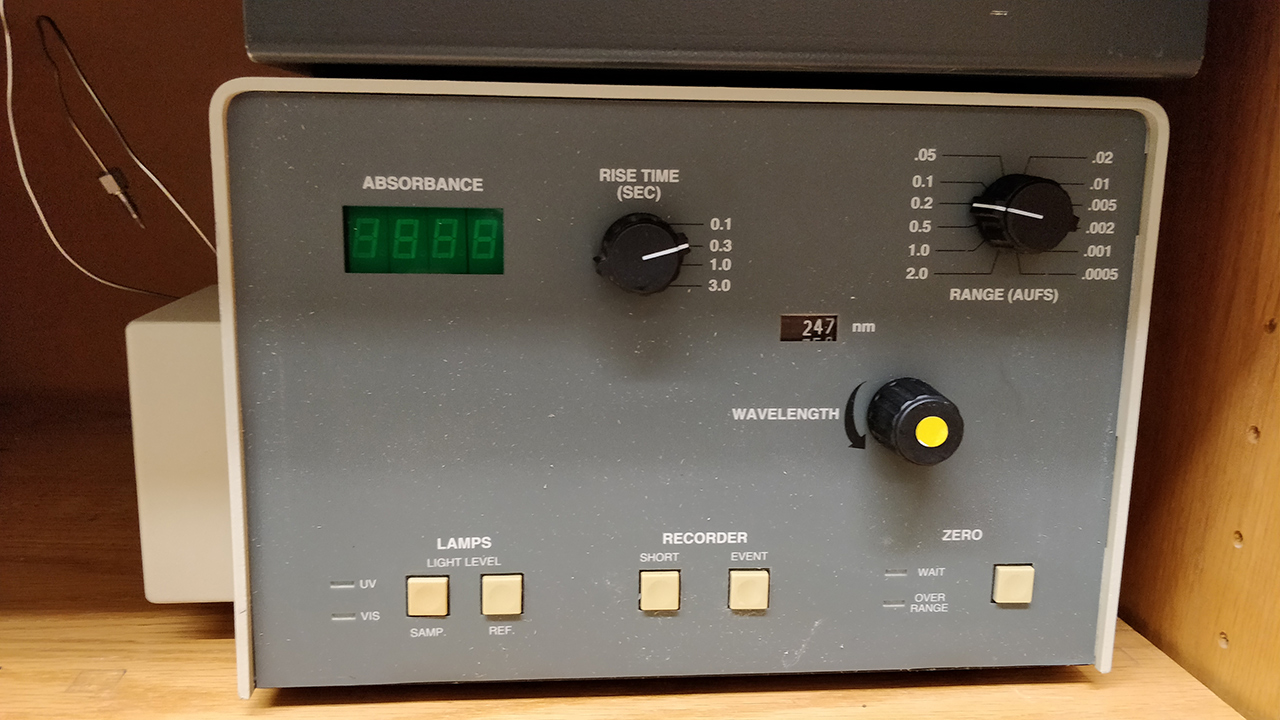 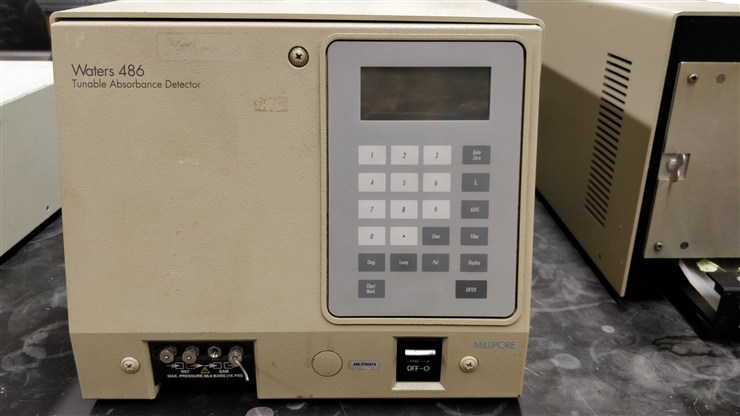 HPLC is one of the most widely-applied analytical separation techniques. When you start to look at some of the websites of some of the vendors that sell HPLC columns, you start to get a glimpse of just how widespread these applications are. If you can think of a complex mixture, there is probably an HPLC method that has been developed to tackle the separation. I have broken out a few application areas below, and listed a few specific separations under each of these. Keep in mind that this is a minuscule sampling.

Forensics
A mobile HPLC apparatus at dance parties - on-site identification and quantification of the drug Ecstasy
Identification of anabolic steroids in serum, urine, sweat, and hair
Forensic analysis of textile dyes
Determination of cocaine and metabolites in meconium
Simultaneous quantification of psychotherapeutic drugs in human plasma