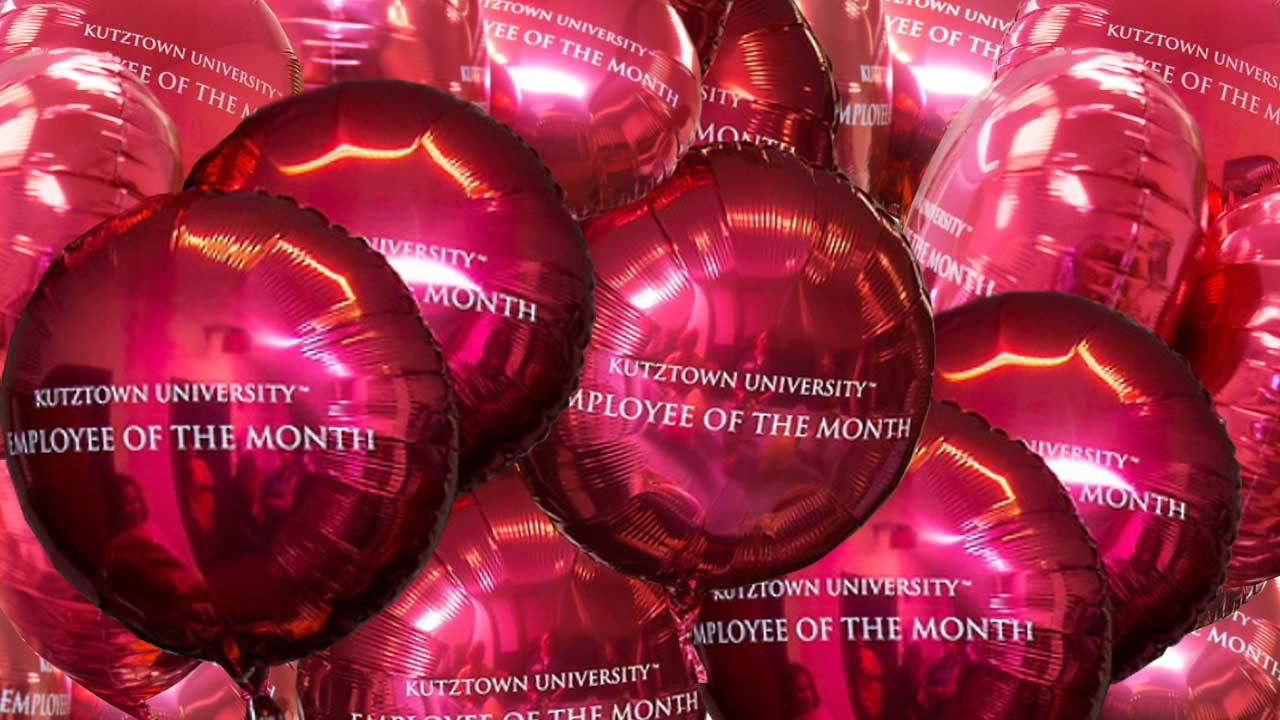 Employee of the Month

To recognize current university employees who have served Kutztown University in an exceptional manner by exemplifying outstanding service through his or her work and exhibiting a positive and supportive attitude.

For more information on the award or to nominate someone, see the EOM nomination form.

Please join President Hawkinson and the HR Advisory Council in congratulating Michael Egan for being named the August 2019 Employee of the Month.

Michael, Custodial Supervisor in Facilities, has been with the university since April 2008.

According to his nominator, Michael, “Treats his employees with such respect because he knows that an optimistic attitude is contagious, and he hopes to spread that positivity around the entire campus.”

Upon receiving his award, Michael was overcome with emotion, thanking his whole crew for their tremendous work efforts. 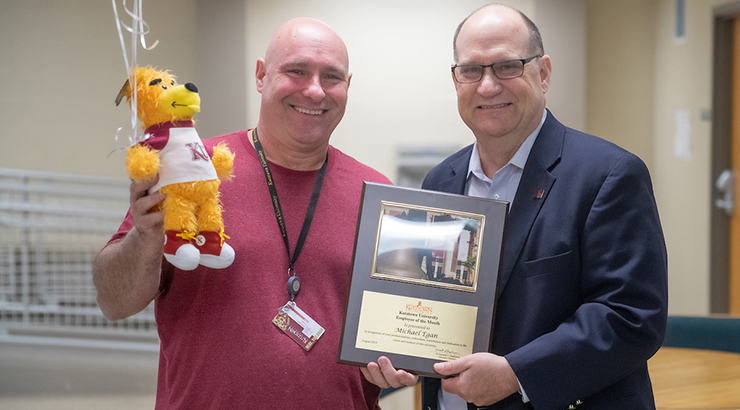 Please join President Hawkinson and the HR Advisory Council in congratulating Brenda Booz for being named the July 2019 Employee of the Month.

Brenda, Technology Support Specialist in Information Technology, has been with the university since April 2007.

According to her nominator, Brenda, “Truly cares about resolving issues, helping people and shows a deep commitment and loyalty to Kutztown University.”

Upon receiving her award, Brenda was all smiles, stating, “This is wonderful. Thank you so much!” 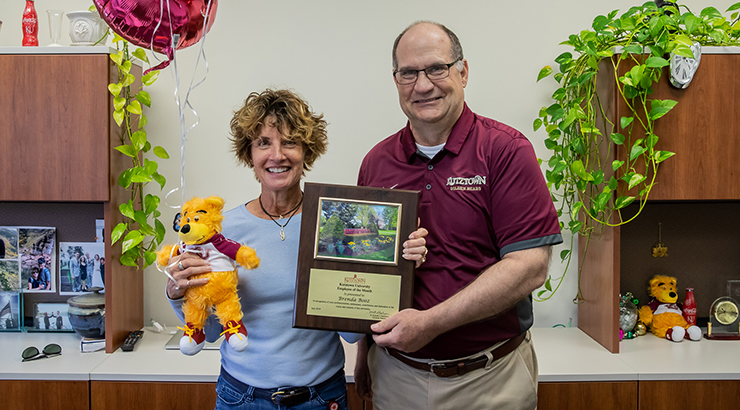