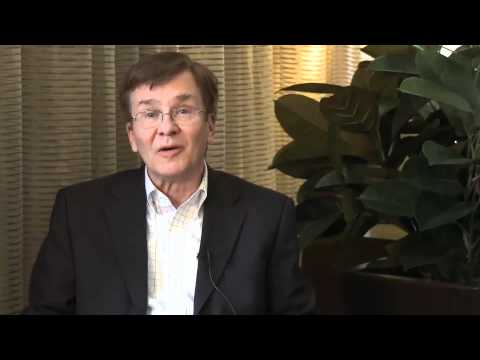 The Pirnot Lecture Series is named in honor of Dr. Tom Pirnot. Dr. Pirnot served as a Kutztown Mathematics professor from 1970-2008. 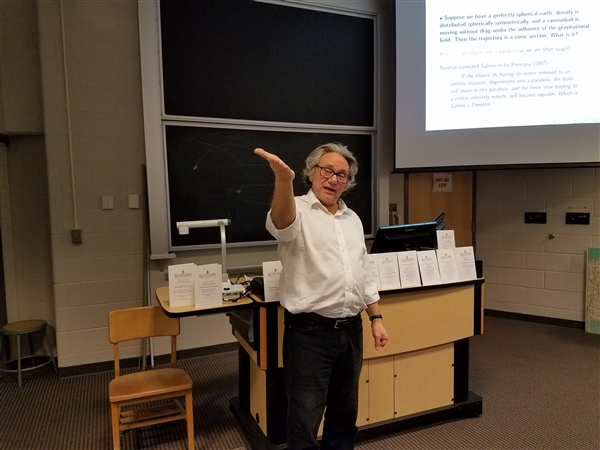 The 2022 Pirnot Lecture was given by Dr. Felix Lazebnik of University of Delaware. 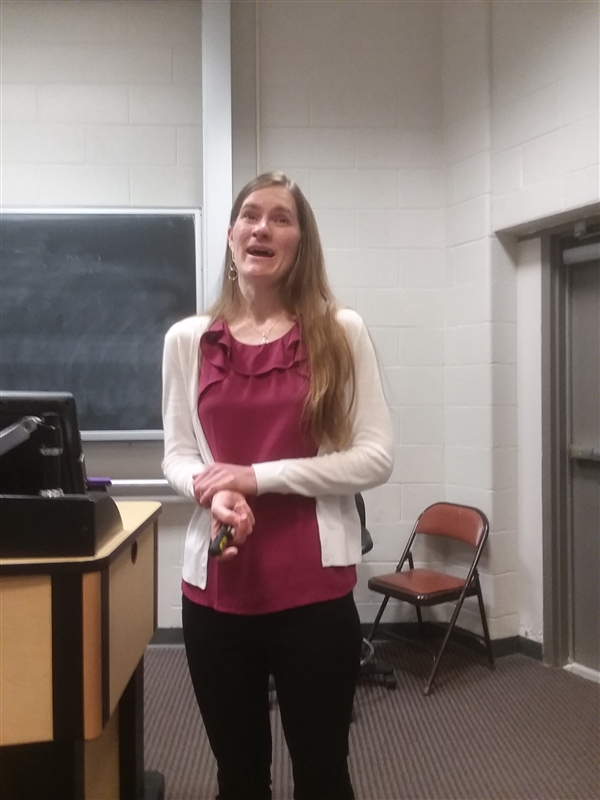 The 2019 Pirnot Lecture was given by Dr. Karen McCready of King's College. 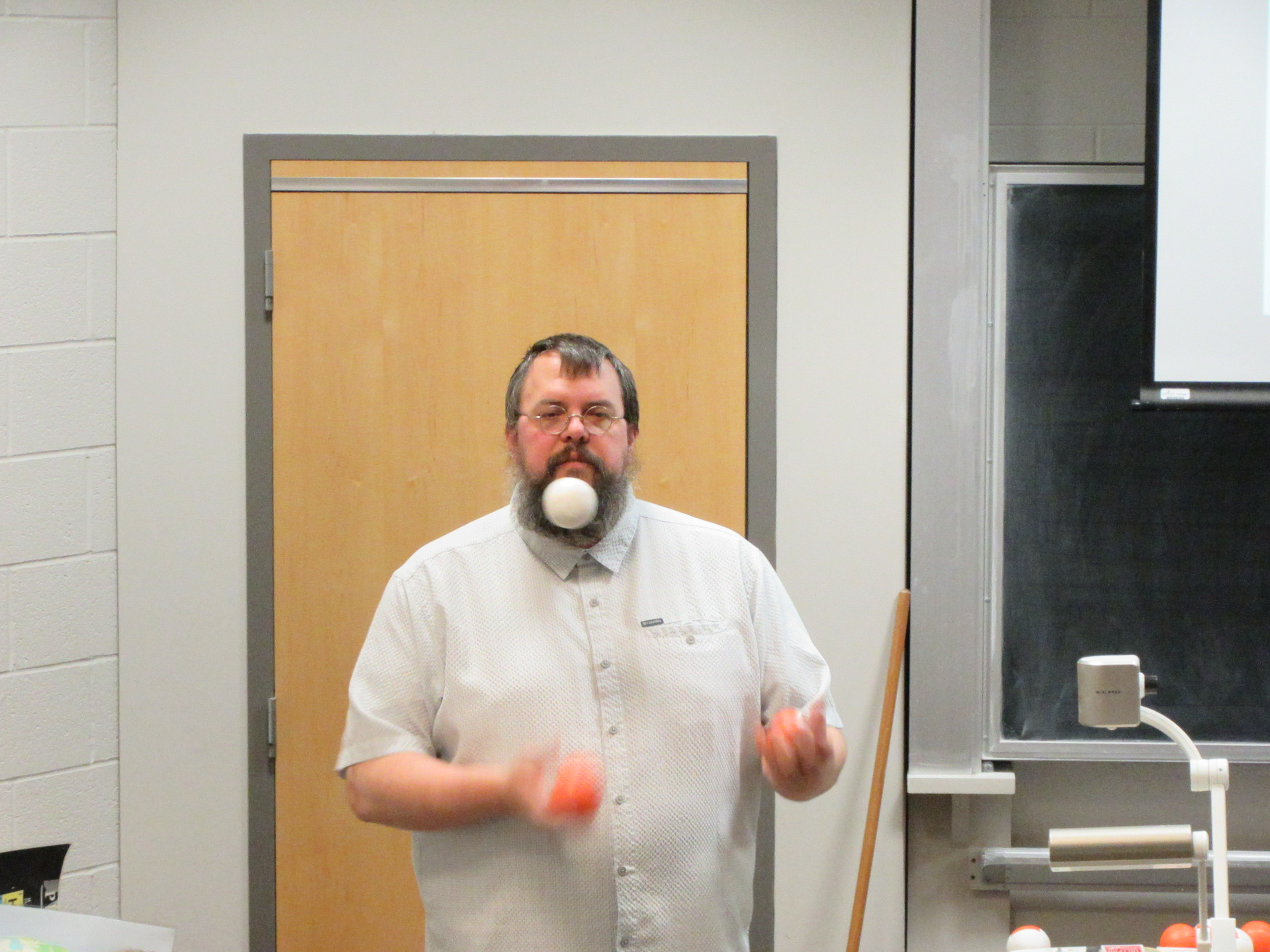 The 2018 Pirnot Lecture was given by Dr. Steve Butler of Iowa State University. 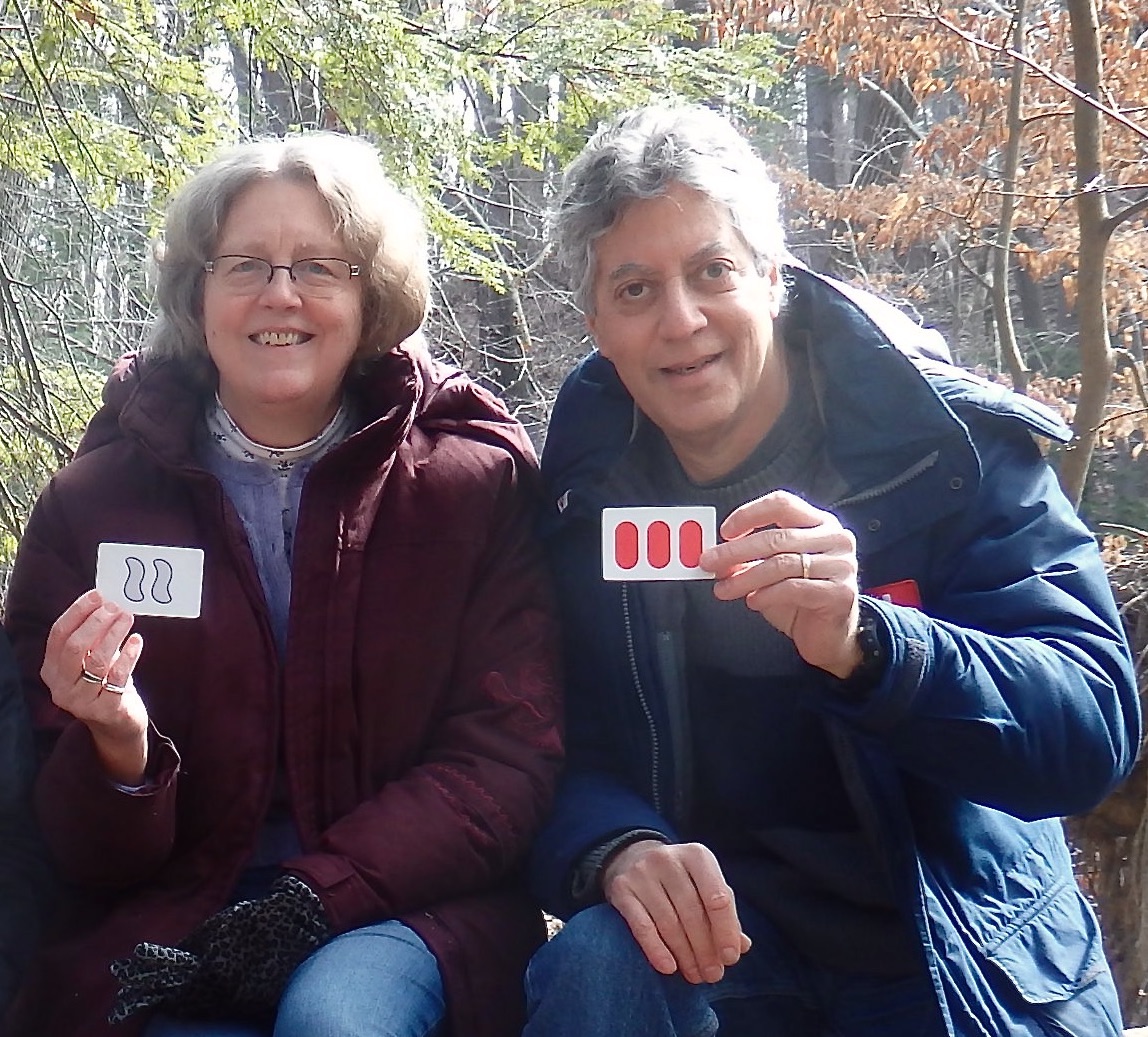 The 2016 Pirnot Lecture was given by Dr. Liz McMahon and Dr. Gary Gordon of Lafayette College. 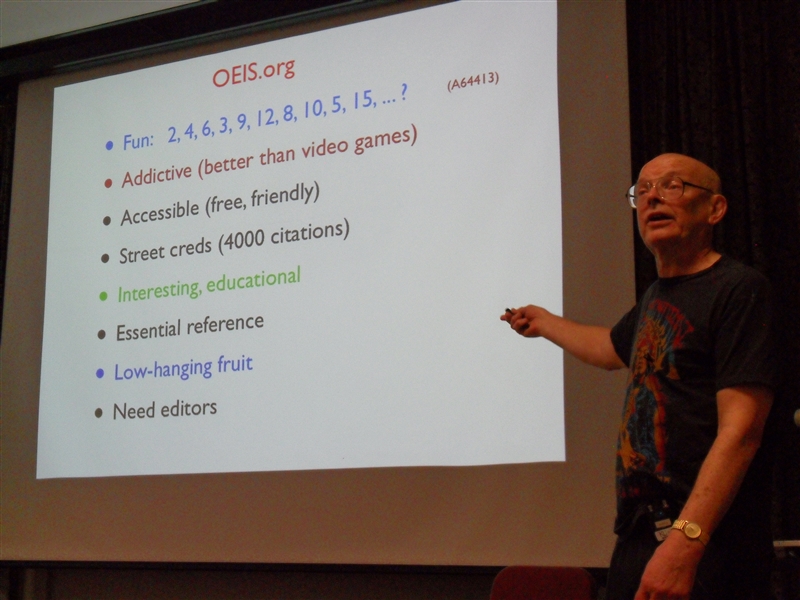 The 2015 Pirnot Lecture was given by Dr. Neil Sloane, founder of the On-Line Encyclopedia of Integer Sequences 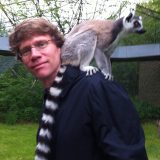 The 2014 Pirnot Lecture was given by Dr. Derek Smith of Lafayette College.

Besides being beautiful, useful, and hard, Mathematics can also be very surprising.  In this talk, I will try to analyze the latter aspect, based on my own experience, as it has been an important motivation for my work.

I hope you will be surprised with something you hear.

"When You Can't Believe Your Eyes: A Look at The Mathematics of M. C. Escher"

Maurits Cornelis Escher was a twentieth century Dutch artist. Referred to as a "thinking artist," he is known for his mathematically themed work, although he was not himself a mathematician.

We will look at some of the ideas that appear throughout his work that intrigued and inspired mathematicians. This includes explorations of infinity, symmetry, perspective, and the portrayal of impossible figures.

We will also consider some of his pieces that depict tessellations and non-Euclidean geometries.

"An Introduction to the Mathematics of Juggling"

Juggling and mathematics have both been done for thousands of years, but the mathematics of juggling is a relatively new field that dates back a few decades and looks at using the tools of mathematics to analyze, connect, and count various juggling patterns.

We will introduce some of the very basic results related to the mathematics of juggling with a particular emphasis at looking at the various methods used to describe juggling patterns. A few "practical" applications will also be demonstrated.

The 2017 Pirnot Lecture was held in conjunction with the EPaDel (Eastern Pennsylvania and Delaware Section of the Mathematical Association of America) section meeting hosted by Kutztown University on April 1.

"The Joy of SET®: The Mathematics In a Card Game"

The card game SET® is played with a special deck of 81 cards. There is quite a lot of mathematics that can be explored using the game. We’ll look at questions in combinatorics, probability, linear algebra, and especially geometry. The deck is an excellent model for a 4-dimensional finite affine geometry. If you’d like some practice before the talk, go to www.setgame.com for the rules and a Daily Puzzle.

"My Favorite Integer Sequences, or, Confessions of a Sequence Addict"

Neil J.A. Sloane, Ph.D., Founder of the On-Line Encyclopedia of Integer Sequences (OEIS) and President of the OEIS Foundation

The On-Line Encyclopedia of Integer Sequences (or OEIS, oeis.org) is a free web site that contains information about a quarter of a million sequences, and is often called one of the most useful mathematical sites on the Web. I will discuss some of my favorites, including the van Eck, Zizka, Fredkin, Quet, Kelly, Yellowstone, etc. sequences.  There will be music, movies, and a number of unsolved problems.  Warning: some of these may prevent you sleeping at night.

Here's a puzzle for you:  Is it possible to assemble six 1x2x2 blocks and three 1x1x1 blocks into a 3x3x3 cube?  If so, in how many ways can this be done?

Don't look up the solution!  Try to figure this out on paper or with a model first.  But let me tell you that this is the Slothouber-Graatsma-Conway Puzzle, often called the smallest non-trivial 3-dimensional block-packing puzzle.

I will describe an infinite family of packing puzzles that includes the Slothouber-Graatsma-Conway Puzzle, and I will prove a nice result about them.  I will also introduce you to Burr Tools, a cool computer program that helps with investigations of packing and other types of puzzles.

"Cantor and the Paradise He Gave Us"

"Adventures with The Moore Method as a Student and Teacher," a MILK Lecture

We demonstrate a method for solving differential equations numerically by
recasting them as integral equations and then applying steepest descent to obtain
a solution. For example, to solve y′ = y without a boundary condition, one might
let φ(y) = 0∫1 (y′(t) − y(t))2 dt and seek out a function y so that φ(y) = 0.

For many years it has been known that applying steepest descent based on
the Euclidean norm is inefficient (disastrous) but that changing the norm on our
space can result in obtaining solutions very quickly. We will give an outline of
this process with lots of arm waving and simplifications while addressing the recent
research by a graduate student that shows that if the perfect norm is chosen, one
can expect convergence to a solution after one numerical iteration!

"A Tribute to Euler"

Among history’s greatest mathematicians is Leonhard Euler (1707-1783), the Swiss genius who produced an astonishing 25,000 pages of pure and applied mathematics of the very highest quality.

In this talk, we sketch Euler’s life and describe a few of his contributions to number theory, algebra, and other branches of mathematics. Then we examine a particular Eulerian theorem: his simple but beautiful proof that there are as many ways to decompose a whole number into the sum of distinct summands as there are ways to decompose it into the sum of (not necessarily distinct) odd summands.

Condorcet, in his Eulogy to Euler, wrote that “All mathematicians now alive are his disciples.” It should be clear to those who attend the Pirnot Lecture that these words are as true today as when they were first set down over two centuries ago.

Out of any six people, there are three mutual acquaintances or three mutual strangers.” This simple-looking statement may appear as little more than a recreational problem for mathematics contests (where it did once appear).

In fact, it is the very tip of a mathematical iceberg known as Ramsey Theory, a field which has played a pivotal role in the development of
modern combinatorics.

In this talk, we will explore the fundamental result in this area,
Ramsey’s Theorem, which guarantees, among other things, that a large
enough party will be very good or very bad.

"A Weierstrass Quartet:  Four Ideas from the Father of Modern Analysis"

The talk will examine four Weierstrass ideas and discuss briefly where
in mathematics each idea might lead.

They are:
(1) the construction of an everywhere continuous, nowhere differentiable function which takes many of us away from real analysis and leads some of us to Brownian motion, fractals, chaos, or wavelets.

(2) The Approximation Theorem which is the foundation of modern approximation theory and connects this subject with both probability theory and the theory of summability.

(3) ”There is nothing but power series” - a statement and a theory which reduces complex analysis to a kind of high-toned arithmetic.

(4) ”A mathematician who is not also something of a poet will never be a complete mathematician” - a philosophy that yields both a model for mathematics and a way of teaching.