Ice Hockey to Compete at National Championship Tournament this Weekend 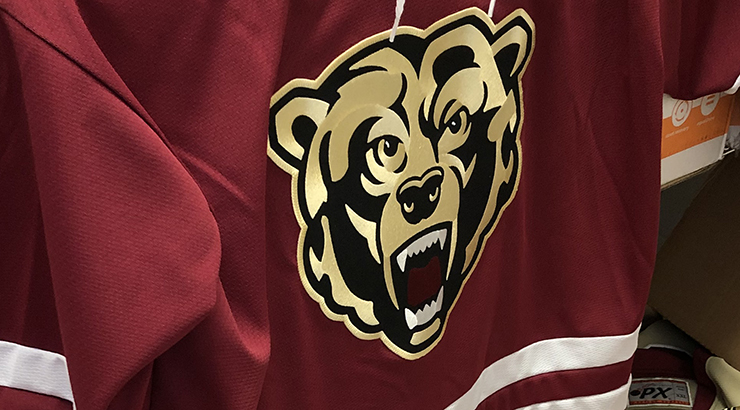 The Federation Cup, held during KU's spring break, will be a 32-team tournament, starting with pool play and culminating with a weekend of playoff hockey. The 32-team national field consists of automatic bids (league champions) as well as the next highest-ranked teams. Kutztown is currently ranked 19th to qualify for the national tournament.

The Golden Bears will play round-robin games March 18-20, with pool-winners advancing to the quarterfinals Monday, March 21. Semifinals are set for Tuesday, March 22, with the championship game Wednesday, March 23.

Black Dog Hockey will stream all of the games at https://www.bdehockey.com/home-chf.php.

KU plays in the Delaware Valley Collegiate Hockey Conference (DVCHC), a member of the CHF. KU finished the regular season with a 16-4-1 overall record, including an undefeated 13-0 record in conference play. KU's playoff loss came at the hands of Alvernia.

Stay up to date on KU ice hockey by following the team's Twitter page at www.twitter.com/kutztown19. For more information, contact icehockey@kutztown.edu.