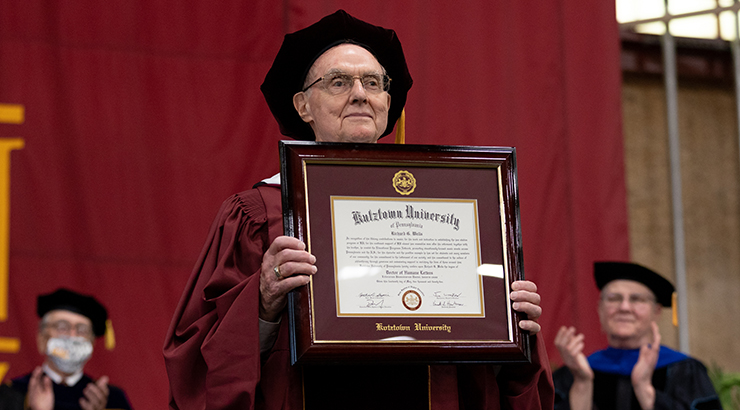 Wells came to Kutztown University in 1968 in the Department of Music and taught for 29 years. He directed the marching, concert and jazz bands, as well as the instrumental ensembles. He organized the jazz program in 1968.

Before retiring in 1997 as associate professor, Wells influenced scores of graduates to aspire to excellence in music performance and remain loyal to the ideals and benefits of music and education. Many students continued their association with the university and Department of Music long after graduation because of experiences in classes and performance organizations led by Wells.

Wells directs the Kutztown University Alumni Jazz Band. He is co-founder and co-owner with his brother, James, of the Festivals of Music, Music in the Park and the World Travel Corporations. He was inducted into the inaugural class of the KU Arts Hall of Fame in 2021.

Before arriving at KU, Wells taught for three years in the Kutztown Area School District and for seven years at the Owen J. Roberts School District, where he was instrumental in organizing the entire music program. He also served as director of the bands at the high school.