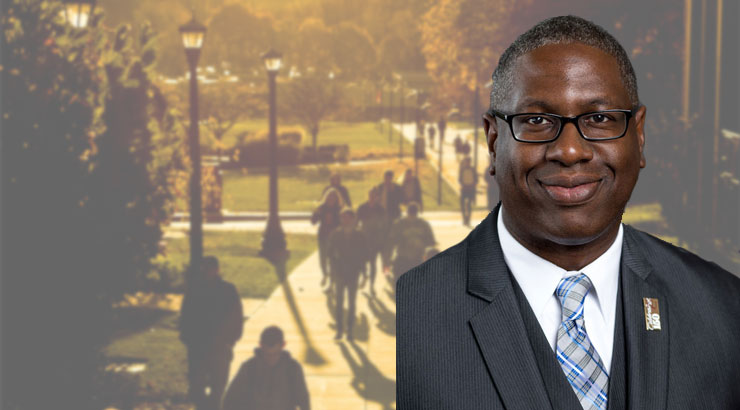 KUTZTOWN, Pa. – Dr. Warren Hilton, Kutztown University’s vice president for Enrollment Management and Student Affairs, has been named president at Onondaga Community College in Syracuse, N.Y. The appointment was announced today by The State University of New York (SUNY) Board of Trustees.  Hilton takes office July 1. His last day working at KU will be June 17.

“I knew from my first interview with Warren Hilton that he would one day become president of a college or university,” Kutztown University president Dr. Kenneth S. Hawkinson said. “He has been a highly competent, innovative and caring administrator and our entire campus community has benefited from his leadership. He will be greatly missed, but we know that he is exceptionally prepared and ready to become president of his new institution, and we will all feel pride in following his future success.”

Hilton was the first cabinet member hired by Hawkinson when he was named to the revised vice president role in March of 2016. Under Hilton’s leadership, KU experienced a rise in new student enrollment, a significant increase in student retention and the university’s four-year graduate rate, and growth in financial aide for students. In addition, Hilton led the university in the identification and implementation of concrete efforts in diversity, equity and inclusion (DEI) initiatives. He was also responsible for leading a revamped Division of Student Affairs and identifying and hiring new leadership throughout his division.

"I am grateful for the opportunity that Dr. Hawkinson provided for me to serve such a great institution,” Hilton said. "The collaborative work and productive relationships with my faculty and staff colleagues, as well as with students, has been extremely rewarding over the last six years. I count it a blessing to have been a member of the Golden Bear family."

Prior to KU, Hilton held administrative roles at the Community College of Philadelphia, Drexel University, Moravian College, Johns Hopkins School of Public Health, Stevenson University and University of Maryland-College Park. He earned bachelor's and master's degrees at Indiana University of Pennsylvania and a doctorate at Drexel University.

The succession plan for Hilton’s role at KU will be announced soon.