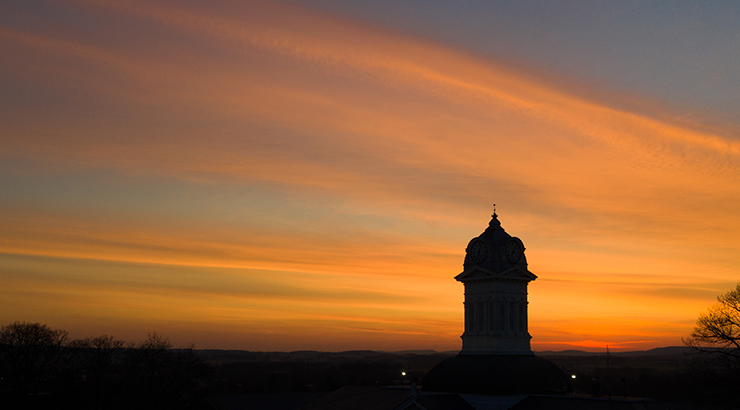 KUTZTOWN, Pa. – Dr. Dave Waldien, adjunct professor of biology and Dr. Gregory Setliff, professor of biology, are co-organizing a conservation meeting to discuss their Red List project. Their conference hopes to attract the next cohort of KU students to join their team and form the next generation of Red List assessors.

The meeting will take place 11 a.m., Tuesday Oct. 26, at 260 Boehm Science Center. The meeting will serve as a seminar and training opportunity for students interested in the project and will celebrate the project’s successes. KU faculty encourages students of any major who have a strong passion for conservation and an interest in literature research. This project provides a great opportunity for students to improve their professional writing and research abilities.

The Red List of Threatened Species, also known as The Red List Project, has been a program headed by the International Union of Conservation of Nature (IUCN) since 1964 to provide information on the global extinction risks status of animal, plant and fungus species. The ICUN Red List is more than a list of differing species statuses – it is a critical tool used to catalyze the conservation of the earth’s biodiversity. This project is utilized by wildlife departments, governmental agencies, non-governmental agencies, businesses and schools. The IUCN Red List is important for identifying species that require specific recovery efforts and for focusing the conservation agenda by identifying critical places and ecosystems that must be protected. The IUCN Red List, in the end, aids in guiding and informing future conservation and financing priorities around the globe.

Since its creation in the 1960s, the Red List has evolved to become one of the most comprehensive tools used around the world. It has assessed more than 138,300 species and with a goal to assess 160,000 total species. That leaves more than 21,000 species left to be evaluated. Setliff and Waldien are doing their part by getting KU students involved to co-assess species on the Red List that are underrepresented.

Waldien was an IUCN Red List Authority (RLA) member on Old World bats when he joined KU as a temporary faculty member. In 2019, Setliff and Waldien applied for grants to fund a Fiji student/faculty field research trip. A Kutztown Research Grant, two KU Bears grants and an external grant from the KU Foundation were awarded to fund their excursion that was slated to depart during the summer of 2020. Unfortunately, when COVID-19 hit, their plans were canceled as Fiji closed its borders. With canceled travel plans and grant money, they needed to create a ‘’COVID-proof’’ plan. They decided to start a new project under the auspice of the Terrestrial and Freshwater Invertebrate Red List Authority (TFIRLA), called the Pacific Island Invertebrates. Specifically, Setliff and Waldien’s goal with this new project is to assess little known but ecologically or culturally important insect species from Melanesia to which their project works in parallel with other Red List projects on bats that Dr. Waldien was previously working on.

Waldien and Setliff also work with researchers and faculty at other universities, notably Dr. Michael Meyer from Christopher Newport University in Virginia and Dr. Hilda Waqa-Sakiti at the University of South Pacific in Suva, Fiji. There were nine KU undergraduates and two graduate students from other universities to join this project immediately, although the list of participants is continuing to grow. All students involved complete a 12+ hour virtual training through the IUCN Red List and take a series of exams to become a qualified Red List Assessor. These students attended a training workshop earlier this spring where they were assigned species to assess. Currently, the team is working on more than two dozen species assessments and KU faculty/student co-authors have submitted three assessments for publication on the Red List, and their submissions were successfully accepted for publication.

More information on the Red List imitative can be found at https://www.iucnredlist.org/ or contact Setliff at setliff@kutztown.edu or Waldien at waldien@kutztown.edu.