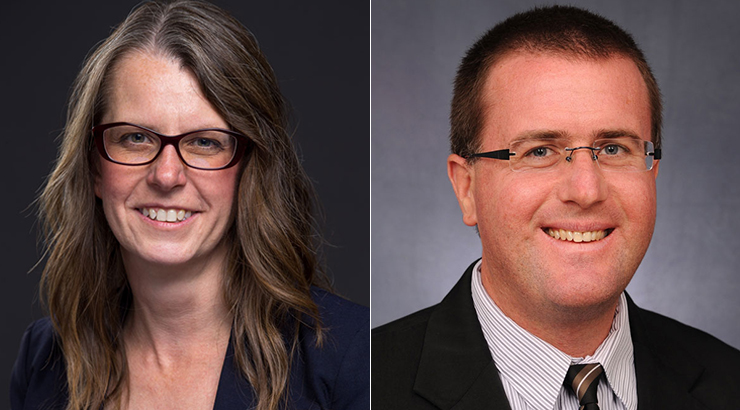 Kiec has led KU's College of Visual and Performing Arts since 2017. She has developed the strategic plan and vision for the college, comprising more than 1,600 students and 120 faculty and staff across six departments. She continues to recruit, retain and support highly qualified and diverse tenured, tenure-track and fixed-term faculty.

"Dr. Kiec brings significant leadership, curricular and teaching experience to this position, which will serve the university well as we work to increase our engagement of underserved audiences in the region and beyond," said Dr. Lorin Basden Arnold, KU's provost and vice president of Academic Affairs. "I look forward to continuing to work with her in this new role to develop our strength in graduate, extended and lifelong learning programs."

In her interim role, Kiec will collaborate with the academic deans and faculty to enhance and expand graduate and extended learning offerings in a variety of modalities. She will lead analysis of market opportunities and challenges to facilitate providing additional educational opportunities to diverse learners in the region and beyond. In addition, she will focus on increasing enrollment in graduate and extended learning programs, supporting workforce needs in the region and enhancing the reputation and reach of the university. As operational leader of graduate and extended learning programs, Kiec will guide and support development of effective teaching methods and practices for online and hybrid coursework, and lead examination of best practices for linking new opportunities to current university offerings.

Kiec has expanded the academic offerings in the College of Visual and Performing Arts, including degree options for on-campus, hybrid and online program enrollment. She has added sub-baccalaureate certificates in diverse areas, including music business, social media theory and strategy, digital video production and television production, while redesigning graduate-level programs to include workforce certifications.

Kiec began at KU in 2012 as associate dean of the College of Visual and Performing Arts. She also served as acting dean of KU's College of Education in 2016. She is a frequent conference presenter in the areas of curriculum development, enrollment management, program building, student success and assessment. Kiec earned master’s and doctoral degrees in clarinet performance at Peabody Conservatory of Music of The Johns Hopkins University. She holds bachelor's degrees in saxophone performance and German from the State University of New York at Buffalo.

Since arriving at KU in 2018, Shope has led student-support initiatives in the College of Visual and Performing Arts, including the college's early intervention program. In collaboration with the dean, he has managed the college assessment and accreditation requirements, student recruitment and retention efforts and faculty support programs. Shope has developed exchange programs and articulation agreements with international institutions of higher education and has led a number of diversity, equity and inclusion efforts.

"I'm pleased to have Dr. Shope stepping in to lead the College of Visual and Performing Arts while Dr. Kiec focuses on the interim vice provost position," Basden Arnold said. "With his experience as associate dean in the college, I have no doubt that he will provide steady leadership throughout this interim period."

Shope came to KU in 2018 from Texas A&M University in Corpus Christi, Texas, where he served as associate professor and chair of the Department of Music. He has also taught at St. John's University and the University of North Texas.

Shope holds a bachelor's degree in percussion from Indiana University Bloomington and earned his Doctor of Philosophy in ethnomusicology from Indiana University Bloomington. He has conducted field research on popular music in India and has written two books on the topic: More Than Bollywood; Studies in Indian Popular Music (Oxford University Press, 2014) and American Popular Music in Britain’s Raj (Eastman Studies in Music Series of the University of Rochester Press, 2016).

The university will conduct a national search for a permanent vice provost in the months ahead.